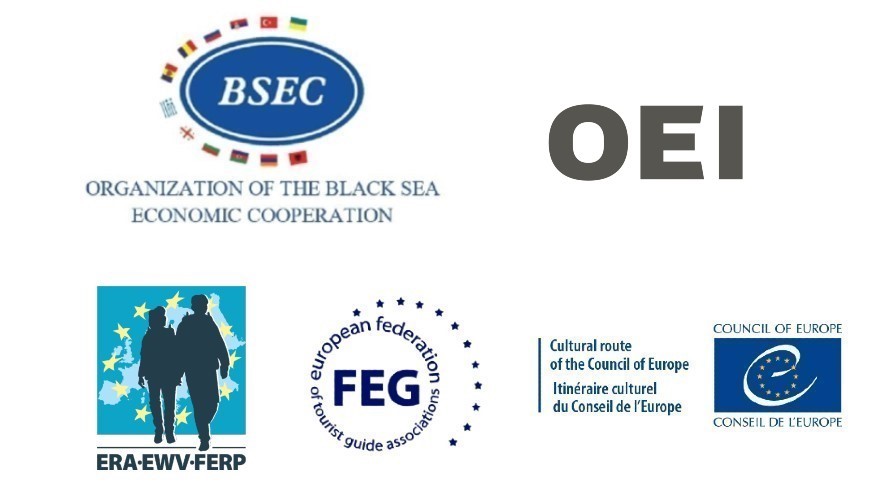 On 9 June, the Governing Board of the Enlarged Partial Agreement on Cultural Routes (EPA) granted Participatory Status to two International Organisations:

The Black Sea Economic Cooperation (BSEC), founded in 1992, is a unique model of multilateral political and economic cooperation in the Black Sea region. It aims at fostering interaction, peace and stability among its 13 member States: Albania, Armenia, Azerbaijan, Bulgaria, Georgia, Greece, Moldova, North Macedonia, Romania, Russia, Serbia, Turkey and Ukraine. In 2020, a “Letter of intent” was signed between the EPA Secretariat on Cultural Routes and the BSEC Secretariat. It provided a structured framework for further developing partnerships and for closer collaboration on activities and issues of common interest, such as collaborative research projects, consultations and exchanges of good practices.

The Organization of Ibero-American States for Education, Science and Culture (OEI), foundd in 1949, is a governmental international organization for cooperation among 19 Ibero-American countries in the fields of education, science, technology and culture. The cooperation between the OEI and the European Institute of Cultural Routes (EICR) was established based on the signing of a Memorandum of Understanding (Annual Advisory Forum, Görtlitz, 2018). Among the main objectives of the Memorandum, the EICR and the OEI agreed to cooperate in the development of projects of mutual interest in the fields of education, science, culture and social development; the promotion of the extension of certified Cultural Routes of the Council of Europe to Ibero-American countries and the establishment of new cultural routes in the region as well as the extension of the University Network for Cultural Routes Studies to Ibero-American universities.

The Governing Board of the EPA also granted Participatory Status to the following International NGOs:

The European Federation of Tourist Guide Associations (FEG) was founded in 1986 in Paris to represent the profession of qualified tourist guides at European level. It aims to publicise and improve the quality of service offered to all visitors to Europe. FEG is the voice of professional tourist guides in Europe and is recognised as an advocate of high standards and quality in tourism. The current full members are: Austria, Cyprus, Czech Republic, Denmark, France, Germany, Greece, Ireland, Italy, Latvia, Netherlands, Portugal, Russia, Spain, Sweden, Turkey and the United Kingdom.

The European Ramblers’ Association (ERA) was founded in Germany in 1969. Today, this umbrella organisation includes 65 walking organisations from 35 European countries. Most of the member organisations have many years of experience in organising activities and creating conditions to facilitate walking (waymarking, construction of huts etc.). The ERA aims to further develop walking and mountaineering activities in Europe, to create and waymark new European long-distance paths and to protect these and other paths, all while promoting the principles of sustainable development and strengthening mutual understanding among people across borders.