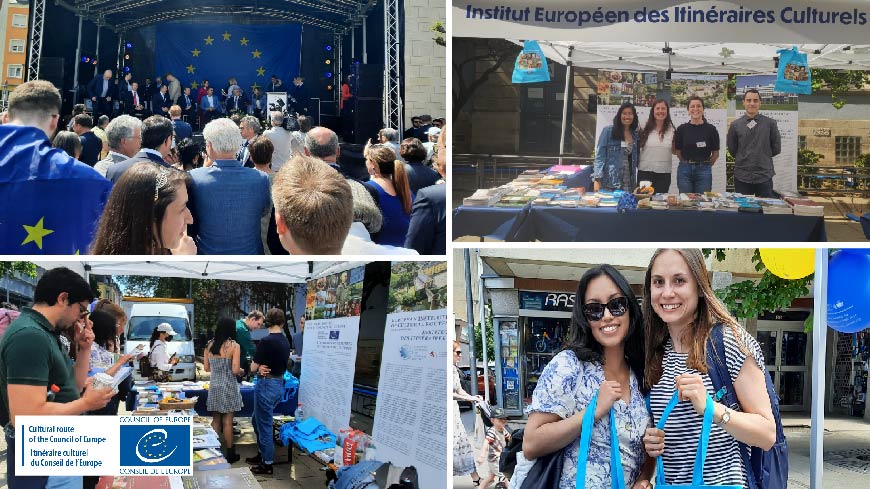 Each year, "Europe Day" pays tribute to Robert Schuman's declaration in 1950 by highlighting the European values of peace, unity, solidarity, democracy and freedom.

60 information stands on the Place de la Résistance in Esch-sur-Alzette allowed visitors to discover how the European Union, Europe and its institutions work on a daily basis for its citizens.

The official ceremony took place at 2 p.m. on the main stage in the presence of His Royal Highness the Grand Duke of Luxembourg; Mr. Fernand Etgen, President of the Chamber of Deputies; Mr. Xavier Bettel, Prime Minister; Mr. Christophe Hansen, Member of the European Parliament; Mr. Nicolas Schmit, European Commissioner for Employment and Social Rights and Mr. Georges Mischo, Mayor of the city of Esch-sur-Alzette.