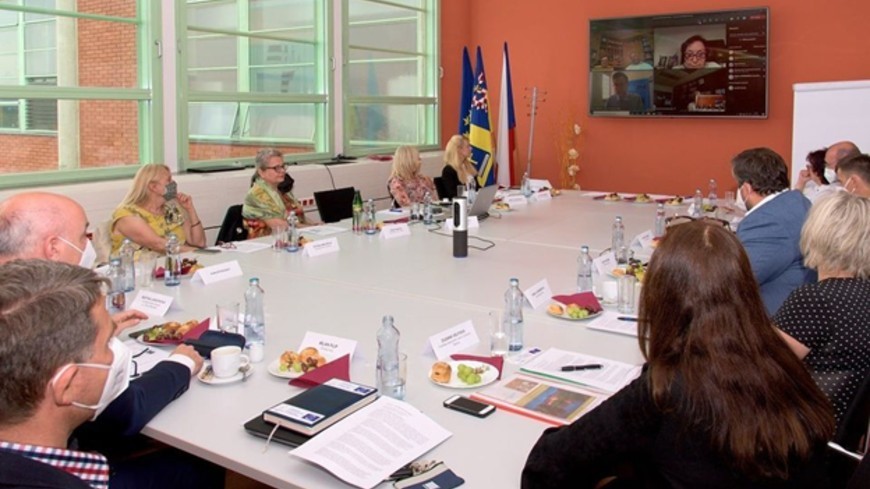 On 8 June, the Secretariat of the Cultural Routes of the Council of Europe programme participated in the opening session of the extraordinary General Assembly Meeting of the newly certified Cyril and Methodius Route.

The meeting took place at the headquarters of the route in Zlin (CZ) and was attended by members and partners from Czech Republic, Slovakia, Bulgaria and Italy, both online and in person. The Deputy Governor of the Zlín Region, Mr. Lubomír Traub, was elected as the new President of the association. The members also discussed further activities of the Route during the GA meeting.

The Cyril and Methodius Route is a certified Cultural Route of the Council of Europe that presents a set of trails focused on travelling in the footsteps of Saints Cyril and Methodius and their followers (the Seven Saints Apostles). It brings together places, heritage sites, cultural institutions and tourist attractions across 7500 km, connecting countries of Central, Eastern and Southern Europe. The destinations along the Route present rich and diverse heritage elements in all their forms: monuments of the sacred cult of the holy brothers, secular manifestations of respect for them, reflections on their work in the modern world, stories and legends, among others.