The first international webinar on «Trends and Challenges in Regulating Lobbying Activities» was successfully held on Tuesday March 15th, 2022, within the framework of the implementation of the NCPA Annual Workplan under the Chair of the Hellenic National Transparency Authority (NTA). The webinar was attended by representatives of the Authorities of the Network as well as by representatives of the public sector, business associations and the Academia.

The introductory remarks were addressed by the Chair of the Network, Mr. Angelos Binis along with a short greeting addressed by Mr. Simon Peh, President of the International Association of Anticorruption Authorities (IAACA).

During the first part of the webinar prominent speakers, representing the OECD, the Anticorruption Authorities of Greece and Serbia and the Authority of Lobbying of Quebec, Canada, presented the international standards on Lobbying, recent developments in the field and shared lessons learnt and good practices from their experience in regulating lobbying activities. In the second part, the participants had the opportunity to pose questions and discuss on practical aspects concerning the design and implementation of lobbying policies.

The first plenary meeting of the Network of Corruption Prevention Authorities (NCPA), took place on Tuesday, February 8th 2022, under the Chair of the Hellenic National Transparency Authority (NTA). The approval of the annual action plan of the Network was the main item of the agenda.

The discussion focused on the following four thematic areas:
i) Organization of webinars on specific topics for enhancing public integrity
ii) Guides on corruption prevention related areas
iii) Organization of joint field mission and provision of on-site assistance to NCPA members and
iv) Actions on strengthening communication and visibility of NCPA.

The members of the NCPA endorsed the proposed activities and agreed on concrete steps for the finalization of the actions and the start of the implementation phase.

On 16 October 2018, the Declaration for a Network of Corruption Prevention Authorities was opened to signature in Šibenik, Croatia. Gathered by a high-level conference of the Council of Europe’s Group of States against Corruption (GRECO), 17 leaders of anti-corruption bodies signed this Declaration, in which they pledged to build a new international network. The NCPA was hence launched, with a view to strengthening peer-to-peer cooperation to better detect and prevent corruption around the world.

Today, two years later, the NCPA has become a vibrant global network dedicated to exchanging information, sharing good practices, and finding concrete solutions to address corruption more effectively. First presided by the Italian Anti-Corruption Authority (ANAC) in 2019, and now by the French Anti-Corruption Agency (AFA), the Network has rapidly expanded its outreach and consolidated its activities.

Starting with 17 agencies mostly from the European continent, the NCPA currently brings together 29 member authorities, 1 observer and 4 affiliated partners from various regions of the world and different sectors of society. Indeed, cooperation between national public bodies and multiple stakeholders has been developed through the establishment of valuable working relations.

Since 2018, seven plenary meetings and several other events have been held by the NCPA, providing a wealth of opportunities for operational discussions between prominent anti-corruption practitioners. Moreover, many publications and resources have been made available online, such as the technical guide on codes of conduct or the global mapping of anti-corruption authorities. Benefiting from the continuous support of the Council of Europe, the Network has been conducting numerous cooperation projects and promoting anti-corruption best standards.

In 2020, the NCPA celebrates two years of achievements in enhancing international cooperation against corruption. This second anniversary offers an occasion to take stock of the progress made and to plan the way forward. In these challenging times, the NCPA endeavors to keep working tirelessly, to keep connecting anti-corruption actors, remotely if necessary, and to keep pushing for a global culture of integrity. Today, as ever, the NCPA remains committed to spare no effort to fight corruption across the world.

The NCPA is proud to announce its new partnership with the Program on Corporate Compliance and Enforcement (PCCE) of the New York University School of Law. PCCE is a law and research program dedicated to developing a richer and deeper understanding of the causes of corporate misconduct and the nature of effective enforcement and compliance. Through practical discourse and legal scholarship, PCCE seeks to help shape optimal enforcement policy, guide firms in developing more effective and robust compliance programs, and enhance education in the field of corporate compliance and enforcement.

Thanks to the exchange of ideas, experiences, and best practices between corruption prevention authorities and leading compliance experts, the NCPA endeavors to promote a knowledge-based approach to business integrity. As a matter of fact, by carrying out rigorous research, analysis, and evidence review, in close collaboration with its partners of PCCE and the Basel Institute on Governance, the NCPA aims at identifying and implementing constructive ways to prevent corruption in both public and private companies across the world. 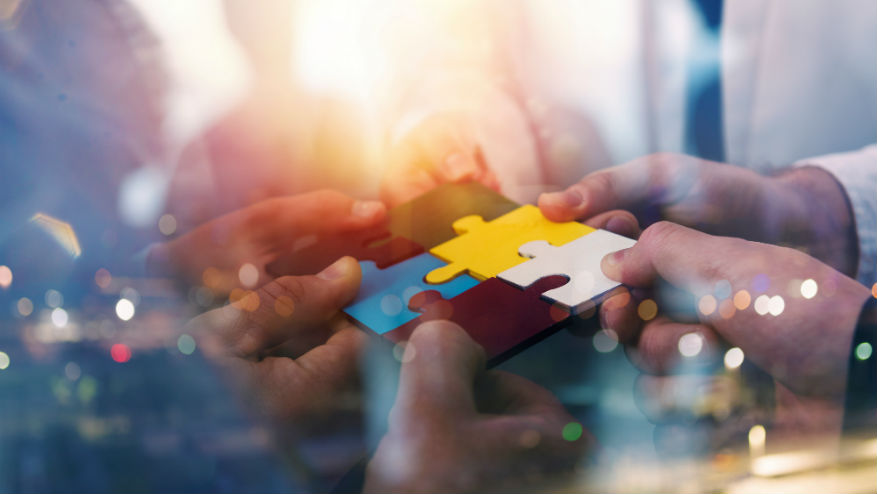 The NCPA is proud to announce the recently established partnerships with the  Eastern Africa Association of Anti-Corruption (EAAACA) and the Basel Institute on Governance. These two entities allow NCPA to build a qualified institutional dialogue with additional agencies (from Burundi, Djibouti, Ethiopia, Kenya, Rwanda, South Sudan, Tanzania and Uganda) and sectors. In particular, the Basel Institute, an independent not-for-profit competence centre, brings-in direct experience of collective action and peer learning to promote good governance and fight to corruption (Read more).

NCPA is committed to developing mutually beneficial actions with these two new partners, and look forward to welcome additional members and partners. 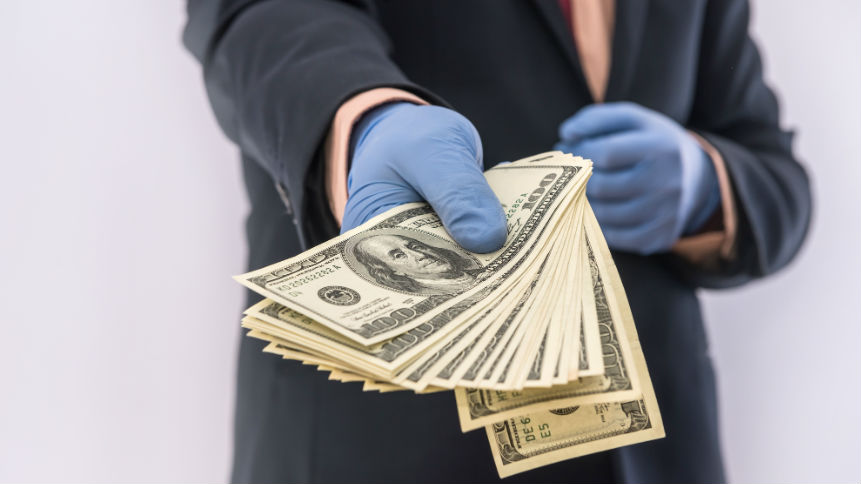 Statement by the Network of Corruption Prevention Authorities (NCPA)

As indicated by GRECO’s President, the COVID-19 outbreak increases corruption risks because “countries face undeniable emergencies, concentration of power, derogation of rights and freedoms, and as large amounts of money are infused into the economy to alleviate the crisis corruption risks should not be underestimated”.

This global crisis demands a common response and coordinated solutions. Considering responses from international organizations – GRECO, OECD, UNODC, among others – and national anti-corruption agencies, we, members of the NCPA, strongly believe that prevention can and must play, an essential role in defusing the risk that the coronavirus pandemic will bring about a corruption pandemic. Therefore, both regulators and economic actors are called upon to seriously and expeditiously consider integrating qualified instruments of corruption prevention in their decision-making processes and operations including, but not limited to:

These are just some of the tools for preventing corruption that may be used in a situation of emergency. They must be wisely selected and rapidly put in place, in light of previous experiences, early red flags from the market, as well as intelligence on organized crime gathered by domestic law enforcement agencies and foreign anti-corruption institutions. 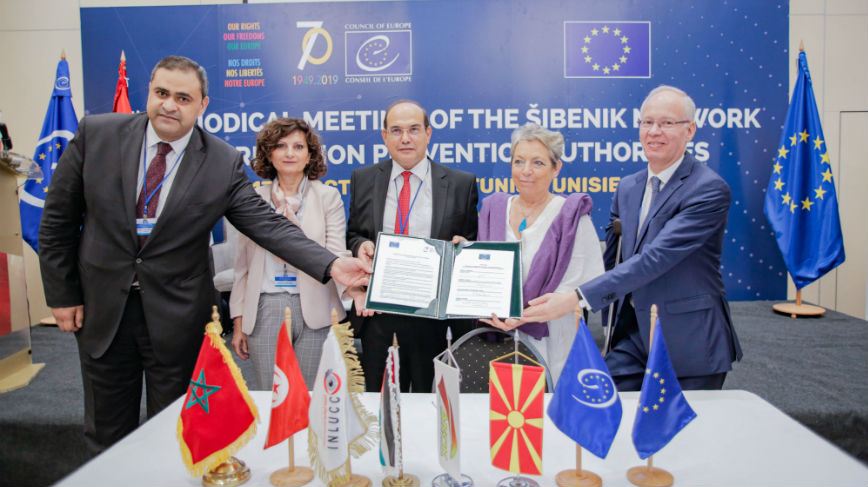 For more information on this event, see here: link to the news. 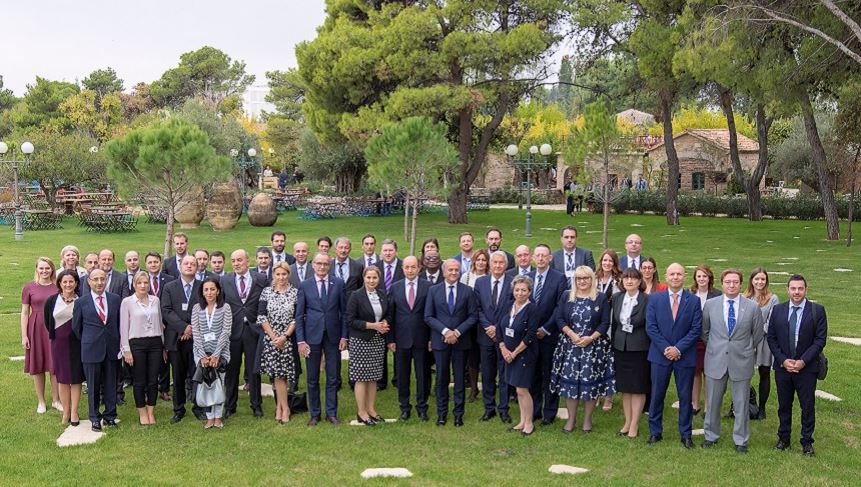 The Network of Corruption Prevention Authorities was launched at the High Level Conference of the Group of States against Corruption (GRECO) of the Council of Europe “Strengthening transparency and accountability to ensure integrity: united against corruption” held in Šibenik (Croatia) on 15-16 October 2018, to promote the systematic collection, management and exchange of information, intelligence and good practices between anti-corruption authorities. The corruption prevention agencies of 17 countries signed the founding Declaration, joining the Network, including Albania, Azerbaijan, Benin, Bosnia and Herzegovina, Croatia, Denmark, Estonia, France, Greece, Italy, Republic of Moldova, Montenegro, Romania, Serbia, Slovak Republic, Slovenia, Ukraine.

For more information on this event, see here: link to the news