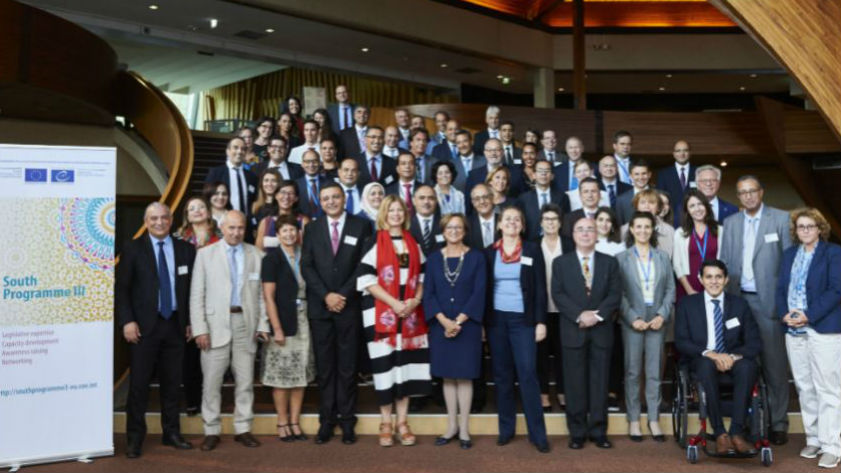 The participants engaged in exchanges on various areas of cooperation, the fight against corruption being one of the major issues discussed.

The meeting was an opportunity to report on the progress made under the Programme, to present the ambitions of the new phase, to identify areas for improvement and to discuss ways to combat common challenges.

The Secretariat of the Economic Crime and Cooperation Division (ECCD) held bilateral meetings with several beneficiaries in order to strengthen cooperation, especially in the areas of fight against corruption and democratic governance structures, and to initiate new areas of cooperation in line with evolving international and European standards.

Mr Chawki Tabib of L'Instance Nationale de Lutte Contre la Corruption (INLUCC) explained briefly in an interview how Tunisia has benefited from the SNAC Programme as regards the fight against corruption, money laundering and terrorism. The programme assisted Tunisia in reinforcing agents’ capacities through multiple trainings according to identified needs. Mr Tabib indicated that the Programme PASC II will continue assisting Tunisia in its new challenge in becoming a member of GRECO.