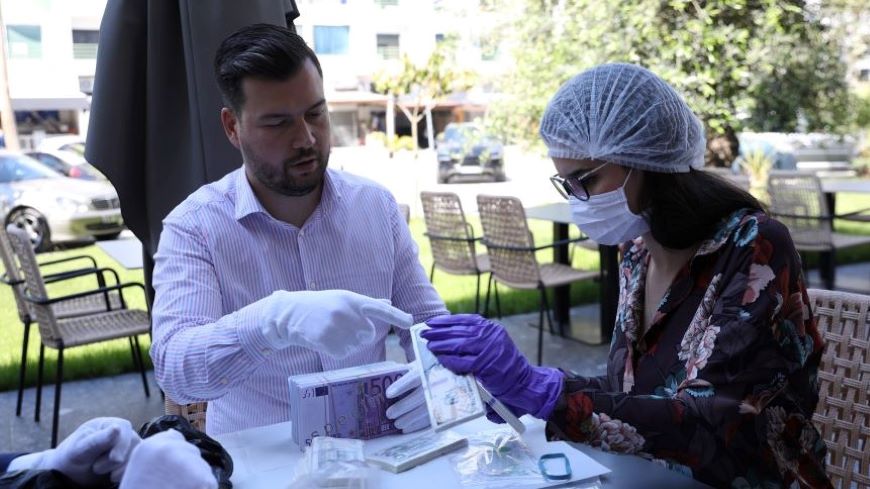 The physical transportation of cash across borders continues to be one of the oldest and most basic channels of money laundering, and it is still widespread in Albania and in the region. On 17 May 2022, in Durres (Albania), the Action against Economic Crime in Albania trained 20 representatives of the General Directorate of Customs and main customs points in Albania on international standards and good practices in effectively detecting cash smuggling and proliferation. The training also served to increase the awareness of the participating public officials on the threats to public security that come from cash smuggling and proliferation.

As part of the Action, participants were introduced to Recommendation no. 32 of the Financial Action Task Force, which calls for countries to take measures to detect the physical cross-border transportation, to stop or restrain currency and bearer negotiable instruments that are suspected to be related with terrorist financing or money laundering, and to apply appropriate sanctions and confiscate them.

This and other relevant recommendations were discussed, and training participants developed practical skills through actively engaging in case studies and role play on the mechanisms for the interception of cash couriers and other forms of cash smuggling through increased use of intelligence, as well as tactical questioning techniques.

The Action against Economic Crime in Albania is part of the “Horizontal Facility for the Western Balkans and Turkey II”, a joint programme of the European Union and the Council of Europe, which aims at assisting beneficiaries in the Western Balkans region and Turkey to comply with the Council of Europe standards and the European Union acquis in the framework of the enlargement process and discussed with the customs officers.
2022-05-17T02:59:00