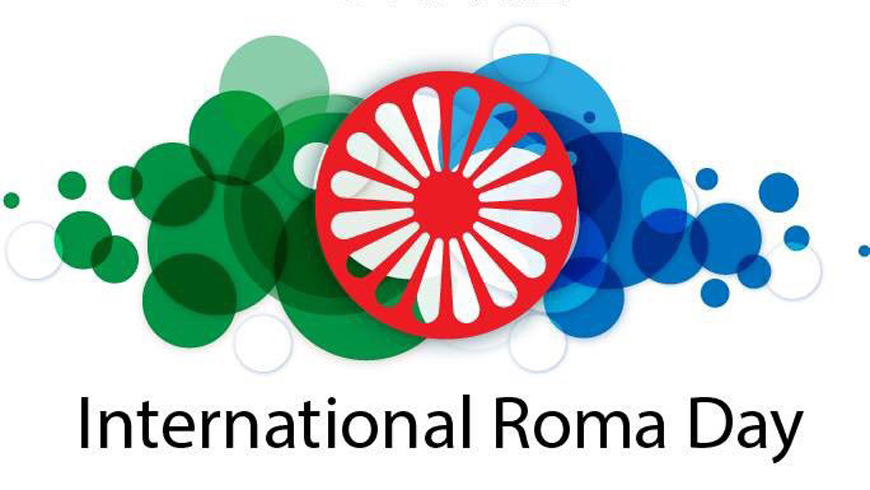 On 8 April, we will celebrate International Roma Day. This is a day to celebrate Roma culture and Roma contributions to European societies, and the cultural diversity of Europe. The 8th of April, which commemorates the first World Romani Congress held in London in April 1971, should also be a reminder of the urgent need to better protect the human rights of Roma.

Across Europe, the continuation of human rights abuses targeting Roma goes against all efforts otherwise made to improve their access to education, health care and employment and prevents them from fully participating in society.

Let me illustrate with a few examples.

In early January of this year, the entire Roma community (more than 100 persons) of the village of Voivodinovo in Bulgaria had to leave their houses and move away, under the pressure of other inhabitants. This happened following a brawl in the village which resulted in a non-Roma person being injured. A few days after the Roma left the village, the local authorities started demolishing their houses on grounds of health and safety and the persons expelled were reportedly prevented from returning to the village by the local authorities and inhabitants. They are currently living with relatives in a neighbouring town under very precarious conditions.[1] I have been informed that many children can no longer attend school and that none of the families has so far been provided with alternative accommodation. Moreover, these events triggered unacceptable levels of hate speech against Roma in the country, including at the highest level of authorities.

Unfortunately, this case is not an isolated one in Europe. I urge all national authorities to step up efforts to prevent such forced evictions from happening. Where they have happened, the authorities, and in this particular case the Bulgarian authorities, should carry out a swift and effective investigation into such events and ensure that the Roma families concerned are provided with adequate alternative accommodation without delay. At the same time, it is urgent to stop the dissemination of hate speech of the kind that was heard following the Voivodinovo events, and to condemn and adequately sanction those who incite to racial hatred.

Back in 2016, my Office had already addressed the authorities of Bulgaria, as well as those of Albania, France, Italy, Hungary, Serbia and Sweden and asked them to put an end to forced evictions of Roma without due process and without provision of adequate alternative housing. Instead of evictions, it called for investing more in finding durable housing solutions for Roma families.

In 2018, we witnessed another kind of forcible evictions of Roma communities from their settlements, this time in Ukraine. Roma were chased away from their houses by far-right extremist groups in five different locations. In one of those cases, in Western Ukraine, a group of masked men attacked a Roma camp, killing a young man and injuring four others, including a child. While the investigations are still ongoing for all these cases, it is unclear whether the prosecution authorities have relied on hate crime legislation in all of them.

Limited impact of national strategies on the social integration of Roma

There is a striking contradiction between such cases of human rights abuses, which run counter to efforts to improve Roma’s access to adequate housing or education, and the authorities’ intention to improve the living conditions of the Roma through national strategies and projects.

The same question arises in several Council of Europe member states, where policies to improve social integration of the Roma have been adopted and, at the same time, many Roma have been subjected to repeated forced evictions without adequate alternative accommodation, in contradiction with international human rights standards. In a 2018 report the European Committee of Social Rights of the Council of Europe found that, for failing to put an end to forced evictions, Belgium, Bulgaria, France, Greece and Italy had not complied with their obligations under the European Social Charter.[2]

As the EU Framework for National Roma Integration Strategies draws to an end in 2020 and four years have passed since the completion of the Decade of Roma Inclusion (2005-2015), various evaluations show that the national strategies have unfortunately not led to the expected substantial and lasting changes in the daily lives of Roma across Europe. The results of a 2017 survey carried out by the EU Fundamental Rights Agency (FRA) in nine EU member states illustrate this gap. It indicates that 30% of Roma children live in a household that has faced hunger at least once in the month before the survey, and that in seven of the countries concerned, between 9% and 68% of the Roma surveyed did not have tap water inside their dwelling. It also shows alarming figures regarding school segregation.

Another study covering the Western Balkan countries, published in March 2019 by the World Bank, also shows the persistence of long-standing problems across the region, such as significant rates of school segregation, a lack of affordability of health care insurance which restricts access to health care and a persistent lack of identity documents, limiting access to social protection.

While several reasons can explain the lack of substantial progress in advancing the rights of Roma over the last decade, I would like to highlight one crucial element missing from strategies deployed to date: the need for a meaningful commitment to combating racism and discrimination against Roma and to preventing egregious human rights violations affecting them.

Repeated forced housing evictions as mentioned above and other violations, such as school and housing segregation, segregation in maternity wards, ethnic profiling by the police, and undue separation of children from their families, are all manifestations of the many forms that pervasive anti-Gypsyism can take throughout Europe. Several European institutions, including the Council of Europe and the European Commission, have acknowledged that the lack of efforts to tackle anti-Gypsyism is an obstacle to social integration of Roma.[3]

Anti-Gypsyism has been defined by the Council of Europe Commission against Racism and Intolerance (ECRI) as “a specific form of racism, an ideology founded on racial superiority, a form of dehumanisation and institutional racism nurtured by historical discrimination, which is expressed, among others, by violence, hate speech, exploitation, stigmatisation and the most blatant kind of discrimination.”[4]

For all its topicality, anti-Gypsyism is nevertheless not a new phenomenon; it is deeply rooted in centuries of exclusion and violence against Roma across the continent, which culminated with the Roma Holocaust during the Second World War.

Recent mob attacks against Roma in the region of Paris, which followed the dissemination on social networks of false information concerning alleged kidnappings of children by Roma, are a blatant manifestation of harmful, age-old prejudice against Roma. It also shows how easily they can be reactivated. I welcome the prompt reaction of the French authorities who took swift measures to cut short the dissemination of false information and the spreading of violence and arrest perpetrators of violence.

Anti-Gypsyism forms the bedrock for the repetition of serious human rights violations. It can take various forms, ranging from hate crimes and hate speech against Roma -which is nowadays increasingly used online and offline by mainstream politicians and government officials- to more indirect forms of discrimination. These include among others widespread institutional discrimination, the recurrence of patterns of social exclusion and poverty, patronising policies and an overall lack of consideration for the views of the Roma themselves.

All too often, anti-Gypsyism also results in people considering Roma as a monolithic group of people that have similar “problems”. This in turn translates into policies and practices that apply to Roma as a group, without any consideration for the diversity in the Roma communities and for the specific needs and aspirations of the individuals concerned, which in turn seriously limits these measures’ effectiveness. It is therefore crucial to promote the involvement of Roma in decision-making concerning them and to design policies that really seek to match the needs of those concerned.

What can we do to tackle anti-Gypsyism more effectively?

Firstly, it is paramount to recognise anti-Gypsyism as a major obstacle on the way to improving the human rights of Roma. Anti-Gypsyism needs to be tackled far more vigorously and to do so, authorities at the highest level should demonstrate the required political will and commitment.

To tackle anti-Gypsyism, policies and programmes to improve the situation of Roma, at national and European level, should place anti-discrimination measures front and centre. In parallel, the authorities should mainstream measures to tackle anti-Gypsyism across the board in policies which target society as a whole.

Concrete actions should include:

These recommendations are not groundbreaking. Yet, the fact that so many Roma in Europe continue to face serious human rights violations on a regular basis makes them topical and calls for their prompt implementation. It is time for European states to demonstrate resolve for lasting and concrete change for Roma people.

[1] See Bulgarian Helsinki Committee, Appeal to help 17 Roma families in danger of losing their only homes in Voivodinovo, 14 February 2019.

[2] European Committee of Social Rights, Follow-up to decisions on the merits of collective complaints, Findings 2018, December 2018.

[3] Council of Europe, Thematic Action Plan on the Inclusion of Roma and Travellers (2016-2019); European Commission, Communication from the Commission to the European Parliament and the Council: Report on the evaluation of the EU Framework for Roma National Integration Strategies up to 2020, Brussels, 04/12/2018.

[5] The Council of Europe is also implementing a programme of Roma political schools set up to provide mentoring and training to promote a more effective participation in political processes.