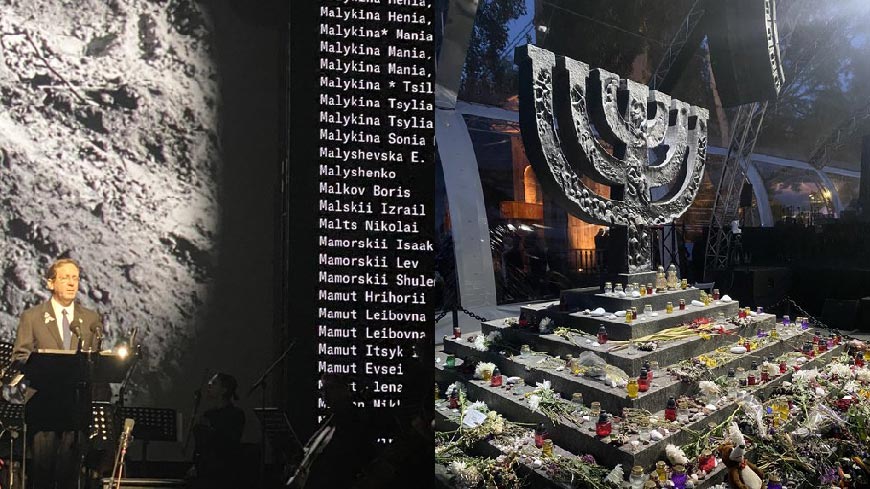 By invitation of the Ukrainian Foreign Ministry, I was honoured to represent the Council of Europe, on 6 October, at the 80th anniversary Commemoration of the Babyn Yar Massacre.

In the context of the commemoration I had meetings with Ruslan Kavatsisuk of BabynYar, Anton Drobovych, Director of Ukraine’s Institute of National Memory and Bogdan Olena, Head of the State Service on ethnopolitics and freedom of conscience.

I would like to thank Babyn Yar and the Ukrainian authorities for the invitation to this highly moving and memorable event.