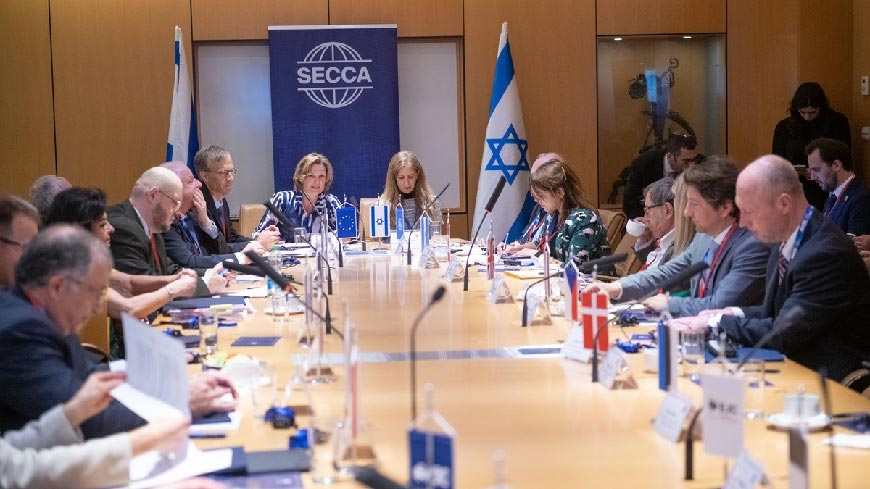 JERUSALEM – Dozens of global officials tasked with combating antisemitism met in Israel to continue brainstorming on how to end the world’s oldest hatred.

The SECCA (Special Envoys and Coordinators Combating Antisemitism) forum, hosted by the World Jewish Congress in cooperation with the Israeli Ministry of Foreign Affairs and the European Commission, was timed to coincide with Yom HaShoah, known in English as Holocaust Remembrance Day.

The officials came from diverse nations on six continents, as well as from key international bodies such as the United Nations Alliance of Civilizations, UNESCO, Council of Europe, the Organization for Security and Cooperation in Europe (OSCE), and Organization of American States (OAS).

In-depth conversations covered a range of topics, including the state of Ukraine’s Jewish community, Holocaust denial and distortion and the power of sport to fight hate.

Representing the Council of Europe, I presented the Recommendation on passing on remembrance of the Holocaust and preventing crimes against humanity. In the context of my mandate, I also elaborated on the potential of intercultural and interreligious dialogue among young people to counter antisemitic and racist hate speech offline and online.