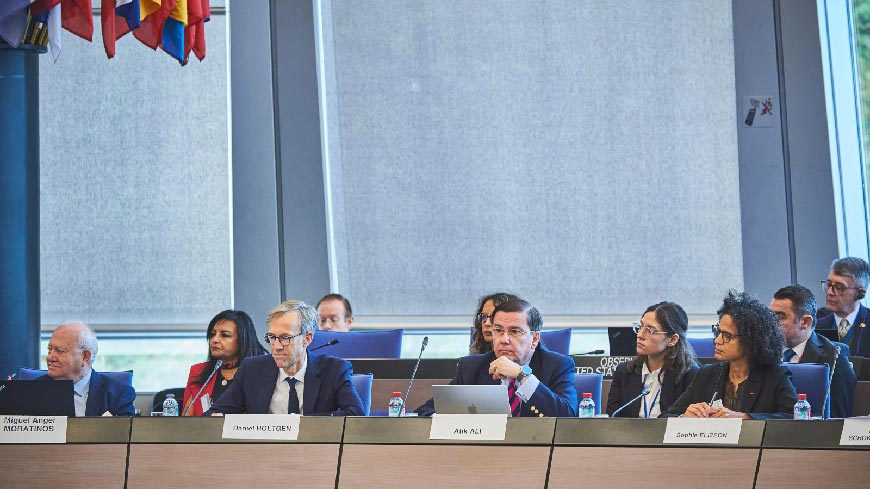 An informal meeting of Ministers’ Deputies took place on 18 October 2022 under the Irish Presidency of the Council of Europe in the context of the work of the Special Representative, Daniel Höltgen.

Mr. Atik Ali, Member of the Advisory Board for International Human Rights Ministry for Foreign Affairs of Finland.

Delegations noted the progression from the topic of combating antisemitism and other forms of religious intolerance which was discussed during a previous informal meeting to the notion of promoting Respect for people and communities of different beliefs or non-beliefs. The rise in antisemitism in Russia and the future of religious practices in Europe were other key points of the discussion.

SRSG Daniel Höltgen proposed as a next step an event to bring together different NGOs and inter-community initiatives to exchange best practice in promoting mutual Respect for people of different religions or backgrounds in the field, often in difficult circumstances. This event will take place on the 6th of December 2022.