The Project on Consolidating Ethics in the Public Sector in Turkey (TYEC 2) is a joint European Union / Council of Europe co-funded project implemented by the Council of Europe. It is a follow-up project to TYEC 1 (Project on Ethics for the Prevention of Corruption in Turkey which was implemented between December 2007 and November 2009. The TYEC 2 project builds upon the achievements of TYEC 1 and seeks further improvements in the field of ethics and anti-corruption in Turkey taking into account relevant GRECO recommendations.The project will involve an in-depth training of trainers programme in the Turkish public sector, will strengthen and develop the capacities of the Ethics Commission to implement the Regulation on the Principles of Ethics Behaviour of the Public Officials and Application Procedures and Essentials (no. 25785, 04/13/2005), and will enhance public awareness on the role of ethics in public sector. The project will also support the implementation of the National Anti-Corruption Strategy (“The Strategy of Increasing Transparency and Strengthening the Anti-Corruption Efforts (2010-2014)”).

3 Months Extension of the Project

The TYEC2 Project has been extended for 3 months until 29 June 2014 according to an agreement signed between the European Union, the CFCU and the Council of Europe. 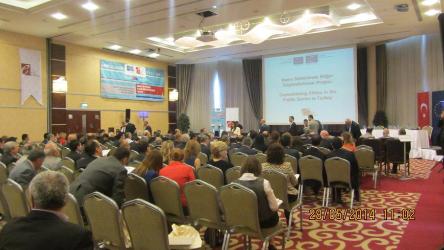 The TYEC 2 project’s implementation started in March 2012 and will end in June 2014. The project has been a follow-up to TYEC 1 (Project on Ethics for the Prevention of Corruption in Turkey) which was implemented between December 2007 and November 2009. TYEC 2 built upon the achievements of TYEC... 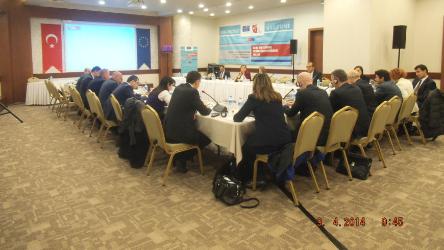 The 4th Steering Committee Meeting of the joint EU/CoE project ‘Consolidating Ethics in the Public Sector in Turkey’ (TYEC 2) was convened on 9 April 2014 in Ankara. The stakeholders discussed the issues of importance with regard to implemented activities and agreed on the calendar of activities...