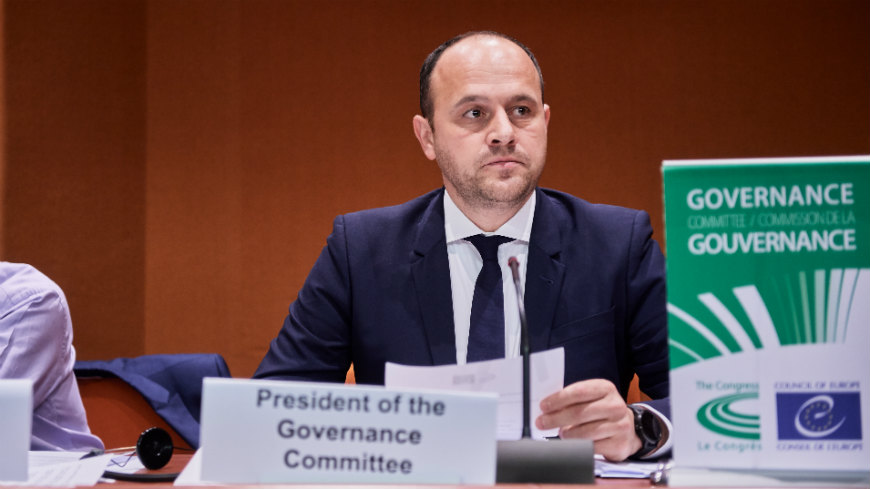 At their meeting on 6 November 2018, during the 35th Session of the Congress, in Strasbourg, members of the Governance Committee elected Robert GRUMAN (Romania, EPP/CCE) as Chair of the Committee, before going on to elect the vice-chairs.

They also approved the draft reports “Protecting whistleblowers”, presented by Josan MEIJERS, (Netherlands, SOC), and “Fighting nepotism within local and regional authorities”, presented by Harald BERGMANN (Netherlands, ILDG). These reports are part of the Roadmap for preventing corruption and promoting public ethics at local and regional levels, adopted by the Congress in 2016, and will be debated for adoption by the Congress at its 36th Session, in March 2019.

In addition, a draft report on “Financial compensation of local and regional elected representatives and public officials in the exercise of their office” was presented by the co-rapporteurs Marta CAMPARANI-TALABER (Hungary, EPP/CCE) and Robert GRUMAN.

Also on the agenda was an exchange of views on two reports which are currently being prepared, one on “The use of languages by local and regional authorities”, presented by Karl-Heinz LAMBERTZ (Belgium, SOC), and the other on “Fair distribution of taxes in transfrontier areas”, presented by Andrew DAWSON (United Kingdom, ECR).