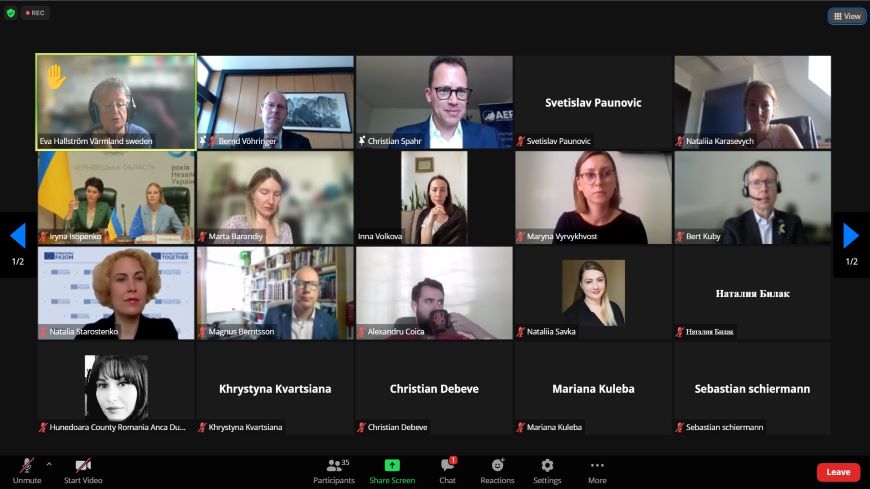 “Today, Ukraine needs coherent and co-ordinated action at all levels of governance, as well as a dialogue between the different levels for rebuilding and revival of the country and its communities”, stressed Bernd Vöhringer (Germany, EPP/CCE) President of the Congress’ Chamber of Local Authorities during an online webinar “Ukraine: Regional and local initiatives for support and exchanges” organised by the Assembly of European Regions (AER) on 17 June 2022.

He emphasised that local and regional authorities are key actors in supporting the war effort and that their partnerships and networking contribute greatly to the resistance and resilience we see in Ukraine today. “Although we see complementarities in the political and humanitarian support, we need to seek closer co-ordination between all stakeholders involved”, he concluded.

In this respect, Mr Vöhringer presented the Cities4Cities platform, launched in March 2022 under the patronage of the Congress, as a place to match the needs of Ukrainian local and regional authorities with the capacity, know-how and supply of cities and regions from other European countries.