Reform of local self-government in Ukraine: towards a common position on the status of local councillors 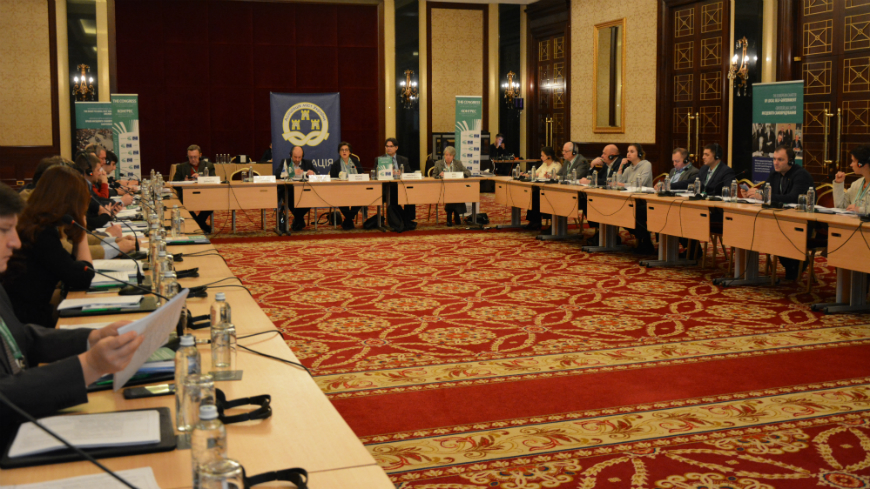 The Congress and the Association of Ukrainian Cities (AUC) organised a round table on "Prospects for the status of local councillors in Ukraine" on 13 December 2018 in Kiev (Ukraine). The round table brought together local councillors and mayors from 25 Ukrainian local authorities in order to reach a common position on the legislative amendments to the laws on the status of local councillors and local self-government, the AUC will submit to the Ukrainian Parliament. They were supported in their reflection by the members of the Congress' Group of Independent Experts on the European Charter of Local Self-Government.

The recommendations aiming at improving the Ukrainian legislation, propose to introduce the principles of transparency and accountability, as well as to better define the roles of local councillors. These changes should make it possible to avoid electoral malpractices such as opportunistic gerrymandering and excessive fragmentation of the political party system. In addition, participants discussed the draft electoral code, the revision of which is considered essential to avoid any misrepresentation in local constituencies.

The Congress recently published a guide on the misuse of administrative resources in territorial elections, a practice that undermines democracy and electoral processes. The Congress guidelines for identifying specific cases of abuse are detailed in this guide, as well as preventive actions to promote public ethics, transparency and integrity.

The round table on “Prospects on the Status of Local Councillors in Ukraine” was organised as part of the project "Strengthening democracy and building trust at local level in Ukraine", implemented as part of the Council of Europe Action Plan for Ukraine 2018-2021. The objective is to improve the quality of local democracy in Ukraine by strengthening institutional frameworks and supporting local authorities and their national associations in their efforts to promote ethical decision-making and more civic, inclusive, responsive and transparent local governance.