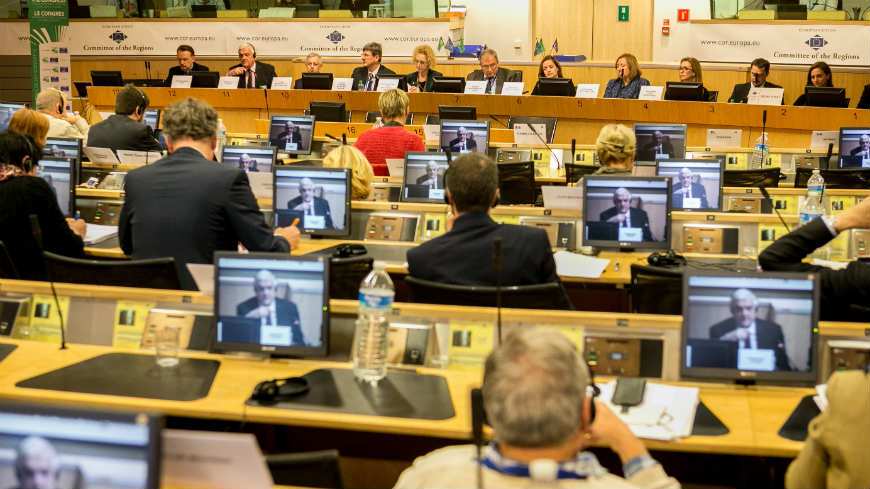 On the occasion of the 20th anniversaries of the Congress and the Committee of the Regions, the Congress Governance Committee held a joint meeting with its counterpart in the Committee of the Regions, the CIVEX Commission on 17 November in Brussels. This was the first time the two committees held a joint meeting. Among the items on the agenda were : the protection of the rule of law and human rights at the local level, the regionalisation and decentralisation trends in Europe and the new forms of local governance. The participants also reviewed the recent Congress election observation missions in Georgia and Ukraine, to which CIVEX members had contributed.