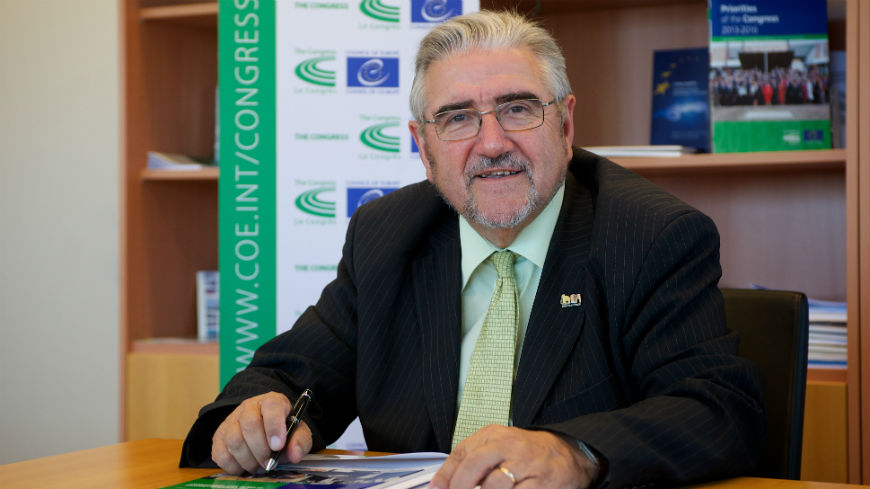 On the occasion of the meeting of the Contact Group of the Committee of the Regions and the Congress held in Brussels on 18 November, Jean-Claude Frécon presented “partner for local democracy” status. “This status will be granted at the joint request of the government of the requesting state and one or more associations of local and/or regional elected representatives from that state”, he explained. “The request will be examined in the light, in particular, of the authorities’ aspiration to uphold, respect and promote the Council of Europe’s values at all levels of government and their commitment to initiate a process of devolution or regionalisation and to hold regular free and fair elections at local and/or regional level”, he added. He also pointed to the principles of the European Charter of Local Self-Government Government and to the Council of Europe’s Reference Framework for Regional Democracy on which this process will have to be based. Adopted in October 2014, “partner for local democracy” status is offered to elected representatives of local authorities in neighbouring countries which are not members of the Council of Europe.
2014-11-18T10:17:00