Harald BERGMANN: "Human rights, a requirement at all levels of governance" 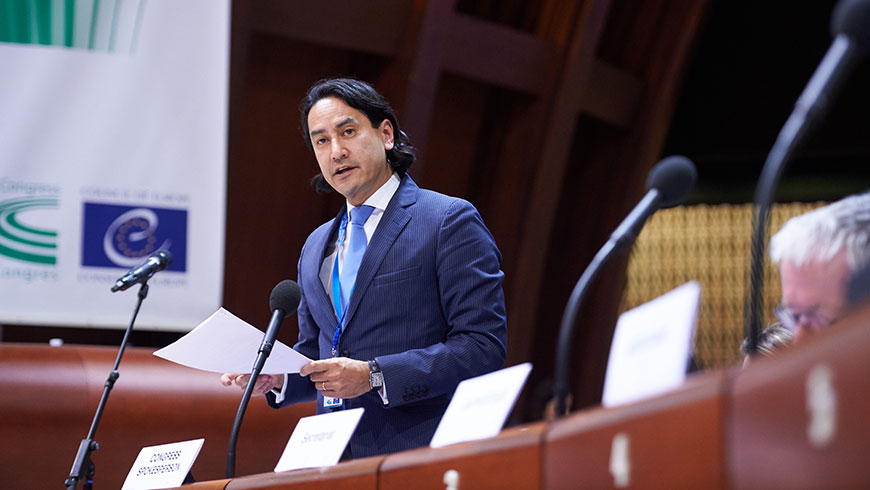 "Good local and regional governance cannot exist without full respect for fundamental freedoms and human rights" said Harald BERGMANN (Netherlands, ILGD), thematic spokesperson for the Congress on human rights, on the occasion of the 70th anniversary of the Universal Declaration of Human Rights.

"Today, the role of local and regional government as front line stakeholders in the implementation of human rights is no longer questioned. Incorporating the human rights at the levels closest to the public is a political opportunity for strengthening social cohesion and citizens’ trust in their institutions." he added.

That is the spirit of the Handbook on Human Rights whose first volume has just been published by the Congress. "It is an excellent symbol for us that the publication of this Handbook coincides with the anniversary of the adoption, by the UN, of the founding document on the defence of human rights at world level" the spokesperson indicated.

This first volume of the Handbook concerns the right to non-discrimination with regard to three groups: refugees, asylum seekers and migrants; Roma and Travellers; and LGBTI people. It includes a presentation of the legal framework and the role that local and regional authorities can play, as well as 65 good practices which have already been implemented in more than 25 countries.

"The Handbook is a practical tool drawn up by the Congress to permit the simple and concrete implementation of human rights at local and regional level. It is also an innovative tool in that it proposes a wide range of good practices from all over Europe to deal efficiently with the sometimes complex situations faced by local and regional elected representatives in the context of their duties" underlined Harald BERGMANN. "We invite all stakeholders, whether elected representatives or public officials, to draw on these successful experiences so as to make human rights a reality in our cities and regions" he concluded.

More information on the activities of the Congress concerning human rights