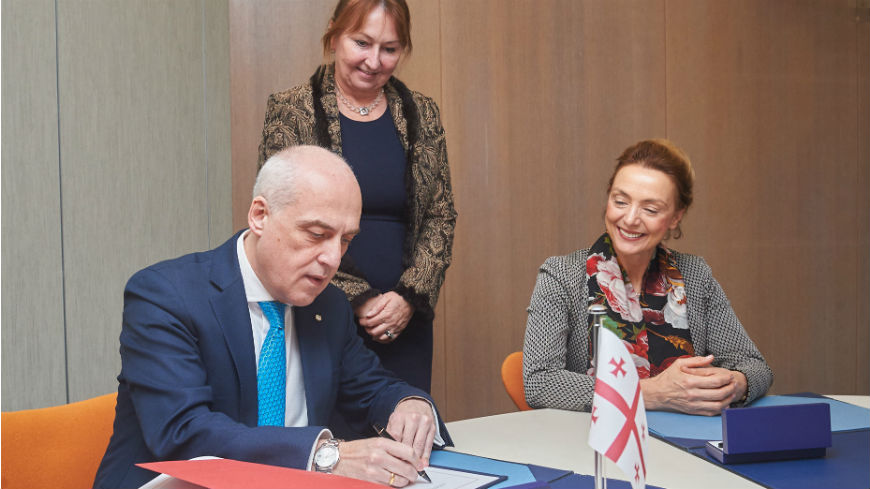 “The Congress welcomes the ratification by the Georgian authorities of the Additional Protocol to the European Charter of Local Self-Government on the right to participate in the affairs of a local authority”, said Mrs. Gunn-Marit Helgesen, First Vice-President of the Congress, on 27 November 2019, at the occasion of the deposit of the instrument of ratification by the Minister of Foreign Affairs of Georgia David Zalkaliani, in the presence of the Secretary General of the Council of Europe Marija Pejčinović Burić and Mrs. Gunn-Marit Helgesen. This ratification is part of the Congress' post-monitoring dialogue with the Georgian authorities and follows the adoption by the Congress of a recommendation on the situation of local and regional democracy in Georgia, in November 2018. The Protocol will enter into force on 1 March 2020. Georgia signed and ratified the European Charter of Local Self-Government in 2004.

The European Charter of Local Self-Government is the first international binding treaty that guarantees the rights of communities and their elected authorities. It was opened for signature as a convention by the Council of Europe member states on 15 October 1985 and entered into force on 1 September 1988. On 16 November 2009, an Additional Protocol on the right to participate in local authorities’ affairs was adopted to supplement the text of the Charter; it entered into force on 1 June 2012. The Congress of Local and Regional Authorities makes sure that the principles of the Charter are observed in those Council of Europe member states, which signed and ratified the Charter and its additional Protocol.