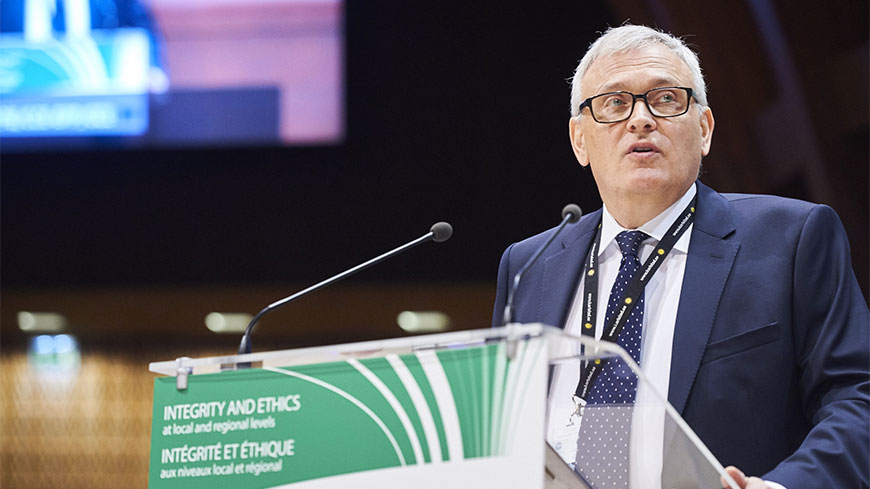 Congress members have elected Anders KNAPE (Sweden, EPP/CCE) president of the Congress of Local and Regional Authorities, on 6 November 2018, for a two-year term.

“Our Congress is a political body tasked with protecting local democracy. We represent not governments but rather citizens in our towns and regions,” said the new president, emphasising the major role played by the Congress in promoting and safeguarding local and regional democracy.  “That is why the process of consulting local and regional authorities is crucial and why we must continue to engage in regular dialogue with governments,” he added.

Mr KNAPE stressed the need to provide the Congress with resources to enable it to perform its tasks and maintain the quality of its work in support of local democracy. “The Congress is the only organisation responsible for monitoring implementation of the European Charter of Local Self-Government. This monitoring work, along with the post-monitoring and election observation activities, is essential,” he explained. “We are an important part of the Council of Europe and of the system of safeguarding democracy in Europe.”

Among the key themes, he mentioned youth participation in political life, the fight against corruption, and also the pressure and threats facing local and regional elected representatives. The new President also praised the work done by the outgoing president Gudrun MOSLER-TÖRNSTRÖM, the first woman to be elected to the head of the Congress, and expressed the hope that gender equality would continue, in future, to be a priority for action for the Congress.