“Decentralisation reforms underway in many CORLEAP countries must be brought to completion in line with the European Charter of Local Self-Government,” says Congress President 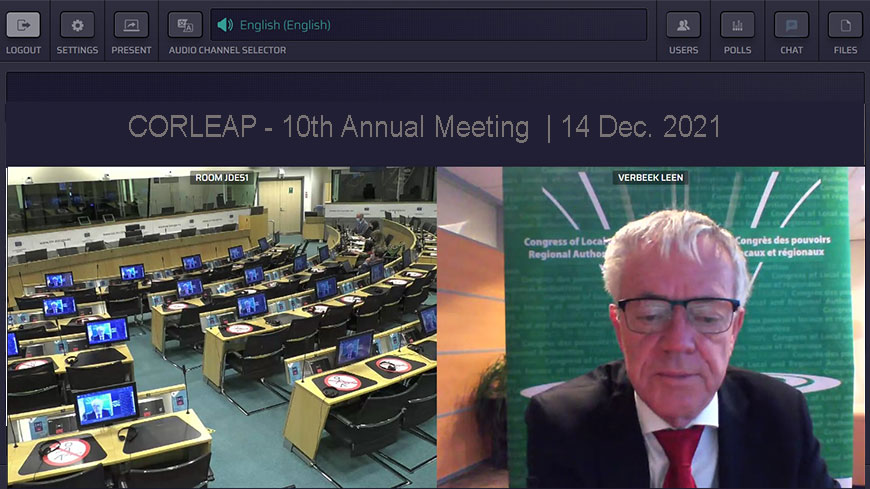 “The reforms must be brought to completion in line with the European Charter of Local Self-Government, through a constant dialogue between central and territorial authorities represented by their national associations,” he said, mentioning that the Congress will continue to support building platforms and frameworks for such dialogue. This means that local and regional authorities must be equipped with proper competences and financial resources, have access to funding and be part of regular consultations in both crisis management and recovery plans.

“Today, we need more decentralisation, not less, for better resilience and recovery: multilevel governance is the system that can provide the most adequate responses to the ongoing health crisis and ensure the necessary resilience and recovery, starting from the community level. It increases the quality of decisions and shows greater flexibility in adapting to emergency situations,” stressed the Congress President.  He called on territorial authorities “to promote and practice open government based on transparency, accountability and citizen participation” in order to achieve fair, gender-equal and inclusive societies. “Engaging citizens in local decision making is key to both ensuring democratic innovation and regaining citizens’ trust in democratic governance”, he concluded.

President Verbeek also thanked Moldovan President Maia Sandu for supporting the implementation of Congress recommendations on local democracy and decentralisation in her country.