français
In a report on Bulgaria published today, the Council of Europe's anti-torture Committee (CPT) notes with grave concern that the Bulgarian authorities have failed to take effective action to improve the situation in psychiatric hospitals and social care institutions in the light of the Committee's recommendations following its previous visits.
02/12/2020 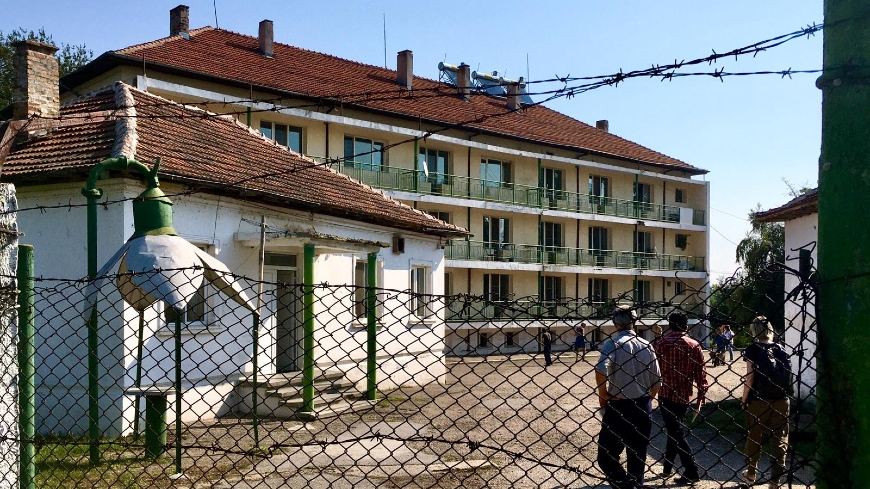 The Council of Europe's Committee for the Prevention of Torture (CPT) has published today the report on its ad hoc visit to Bulgaria, which took place from 10 to 21 August 2020. The report has been made public under the automatic publication procedure introduced by the Bulgarian authorities.

In the report, the CPT concludes that patients in Bulgarian psychiatric hospitals continue to be physically ill-treated by staff (slapped, pushed, punched, kicked, and hit with sticks) despite the Committee’s recommendation, following its 2017 visit, that the Bulgarian authorities take steps to prevent the ill-treatment of patients by staff and to remove any non-standard issue objects capable of being used for inflicting ill-treatment from the premises of all psychiatric hospitals.

The Committee notes that staff numbers in the psychiatric hospitals continue to be grossly insufficient to adequately provide anything close to the necessary range of modern psychiatric treatments for patients nor to ensure patients’ safety within the often highly austere wards. In the CPT’s view, the lack of action in addressing the persistent staff shortages gives the impression that, in the Ministry of Health, mental health care is not sufficiently valued.

The Committee raises a number of serious concerns regarding the use of means of restraint in psychiatric hospitals, including the absence of its accurate recording. The most disturbing situation was found in Tsarev Brod State Psychiatric Hospital where, despite the availability of properly designed padded restraint belts, patients were nearly exclusively restrained to beds with metal chains applied to their wrists and ankles, secured with padlocks, often for days on end. Such shameful practice, which was well known to medical, nursing and other staff, as well as the hospital’s management, is totally unacceptable and could easily be considered as inhuman and degrading.

Similar to the findings of their 2017 visit, the Committee notes that a number of legally competent patients who have signed consent to hospitalisation forms and are still deemed voluntary, are nevertheless not truly consenting to their hospitalisation, stating that they want to leave but are often not allowed to even take outdoor exercise, let alone depart the hospital, thus being de facto detained. By way of just one example, a patient in Tsarev Brod Hospital described being told to sign for “voluntary” consent to hospitalisation, against his will soon after arrival, whilst restrained with chains and being forcibly medicated; a situation which, in the Committee’s view, could be considered as inhuman and degrading.

The CPT also concludes that the serious ill-treatment of learning disabled and mentally ill residents appears endemic in the social care system and it seems that no progress has been made by the Bulgarian authorities in preventing this since the CPT’s last visit in 2017, following which the use of sticks, as well as other physical ill-treatment, by staff in social care institutions was brought to the attention of the Ministry of Labour and Social Policy. During the 2020 visit, yet again, sticks matching descriptions given by residents were found by the delegation in staff offices of all establishments visited.

The Committee notes with regret that there has been little, if any, improvement to the chronic shortage of staff numbers in social care institutions and that residents continue to appear to have been de facto abandoned by the State, which has manifestly failed to provide those vulnerable persons with the human contact, comfort, care and assistance they require, as well as the dignity they deserve.

The Committee also notes that even though seclusion and restraint remain illegal in Bulgarian social care institutions under national law, such restrictive practices were found to be occurring, to differing degrees, in all three establishments visited (similar to the CPT’s findings in 2017). The Committee is especially concerned by the reports of residents in Kudelin social care home for persons with learning disabilities that, on occasion, they could be fixed to benches in the grounds, or even to a bed in one of the two seclusion rooms, using metal chains secured with padlocks. As in the case of the similar practice observed at Tsarev Brod State Psychiatric Hospital, the CPT is of the view that this is totally unacceptable and could be considered inhuman and degrading.

The Committee concludes that the continuation of the existence of such social care institutions in Bulgaria is not viable and it strongly supports the Bulgarian authorities’ plan to close a number of such establishments by 2022, the rest thereafter and develop appropriate community care facilities.

In advance of the closure of these institutions, the CPT calls upon the Bulgarian authorities to take concrete and urgent measures aimed at upholding the human dignity of all persons placed in the existing social care homes without any further delay.