français
On 17 June 2019, at its 38th session, the United Nations Subcommittee on Prevention of Torture and other Cruel, Inhuman or Degrading Treatment or Punishment (SPT) held an exchange of views with representatives of the Council of Europe's Committee for the Prevention of Torture and Inhuman or Degrading Treatment or Punishment (CPT). In addition, on 18 June, the CPT’s representatives had a meeting with the SPT’s Regional Team for Europe.
24/06/2019 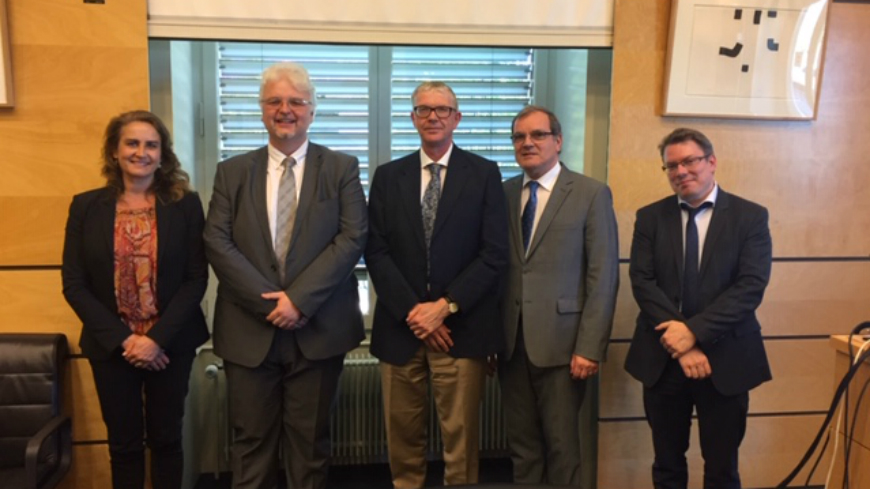 The main objective of these consultations was to identify practical means of reinforcing complementarity and subsidiarity to reflect the SPT’s and CPT’s respective strengths and added values in the Council of Europe area, avoiding duplication and increasing synergies in accordance with the decisions taken by both treaty bodies in 2018.

“More than ever, the SPT needs the CPT and the CPT needs the SPT. More than ever, the SPT and the CPT need strong national preventive mechanisms”, said Malcolm Evans, Chair of the SPT, and Mykola Gnatovskyy, President of the CPT. “It is also crucial that States parties to the Optional Protocol to the United Nations Convention against Torture, in the Council of Europe area and beyond, remain strongly committed to prevent torture in all places of deprivation of liberty and to ensure that torture prevention mechanisms at universal, regional and national levels are sufficiently resourced to carry out their respective tasks effectively”, they added.