français
The President of the Council of Europe’s Committee for the Prevention of Torture and Inhuman or Degrading Treatment or Punishment, Mykola Gnatovskyy, held talks with Prime Minister Zoran Zaev and other senior government officials of “the former Yugoslav Republic of Macedonia” in Skopje on 14 October 2017.
17/10/2017 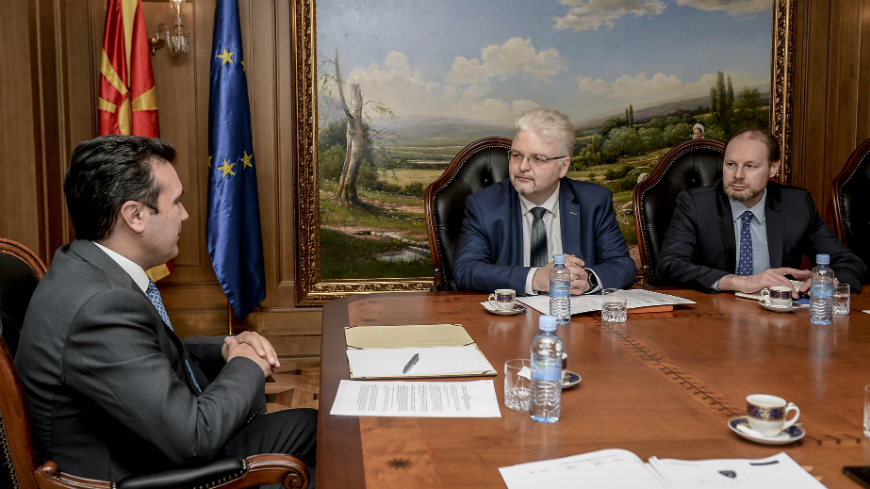 The objective of the talks was to see what action was being taken by the new government to address the long-standing recommendations to improve the situation in prisons as set out most recently in the CPT’s report on the December 2016 visit to the country. The report which was published last week (CPT/Inf (2017) 30) demonstrates that little progress has been made since 2006 to address certain fundamental structural issues, such as a lack of policy on how to manage complex institutions, an inadequate system of reporting and supervision, and the poor management and performance of staff. At Idrizovo Prison, the CPT again found that the provision of health-care remained totally inadequate and placed prisoners’ lives at risk, that prisoners had nothing constructive to do with their time and that the conditions of detention in several parts of the prison could be considered as inhuman. Moreover, the report describes the widespread existence of corruption, with every aspect of imprisonment up for sale at Idrizovo Prison.

The CPT’s delegation was provided with information and assurances that concrete action was being taken to address the dire state of the prison system and that the Prime Minister himself had publicly committed his government to remedying the situation.