français
“Despite the progress achieved in the last three decades in the prevention of torture and ill-treatment in Europe, significant and complex challenges remain to ensure the protection of persons deprived of liberty in places of detention”, said Mykola Gnatovskyy, President of the Council of Europe’s anti-torture committee (CPT), following the publication of the committee’s annual report for 2019.
27/05/2020 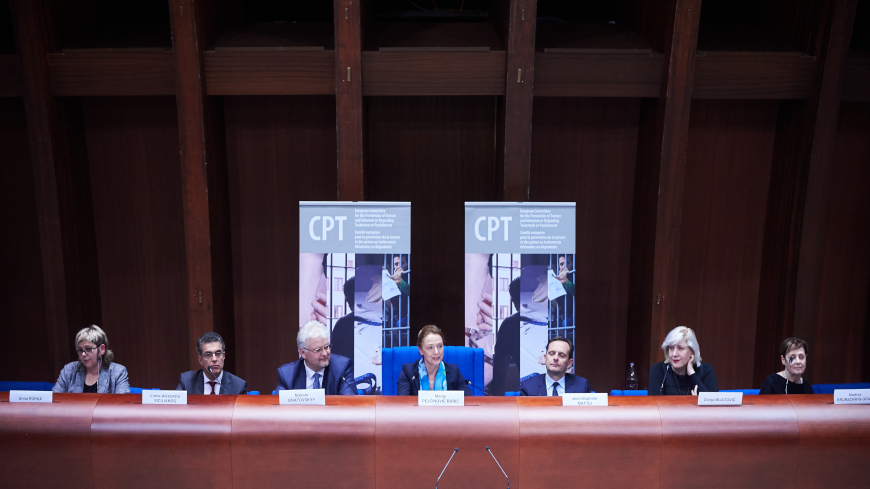 “The CPT’s 30th anniversary in 2019 was an opportunity to take stock of the committee’s achievements and to analyse the challenges we face, such as prison overcrowding, immigration detention, involuntary treatment of psychiatric patients or the detention of juveniles.

Today, when the prohibition of torture and other forms of ill-treatment is being questioned as part of an attempt to challenge human rights and democracy, the task of protecting persons deprived of liberty is more important than ever. European states should step up their efforts to completely eradicate any form of torture or ill-treatment”, he added.

Since 1989, the CPT has carried out more than 450 visits to Council of Europe member states, conducting its fact-finding work in more than 3,000 police stations and in over 1,200 prisons, as well as in hundreds of immigration detention centres, psychiatric establishments, social care homes and other locations where persons may be deprived of their liberty.

During 2019, Albania and the Czech Republic joined the states which had already authorised the CPT to automatically publish all future visit reports and related government responses that concern them. So far, 12 countries have authorised such “automatic publication procedure”: Albania, Austria, Bulgaria, Czech Republic, Denmark, Finland, Luxembourg, Republic of Moldova, Monaco, Norway, Sweden and Ukraine.