français
On 3 July 2019, Mykola Gnatovskyy, President of the European Committee for the Prevention of Torture and Inhuman or Degrading Treatment or Punishment (CPT), held his yearly exchange of views with the Committee of Ministers, the Council of Europe’s statutory decision-making body. The exchange took place during the 1351st meeting of the Ministers’ Deputies in Strasbourg.
04/07/2019 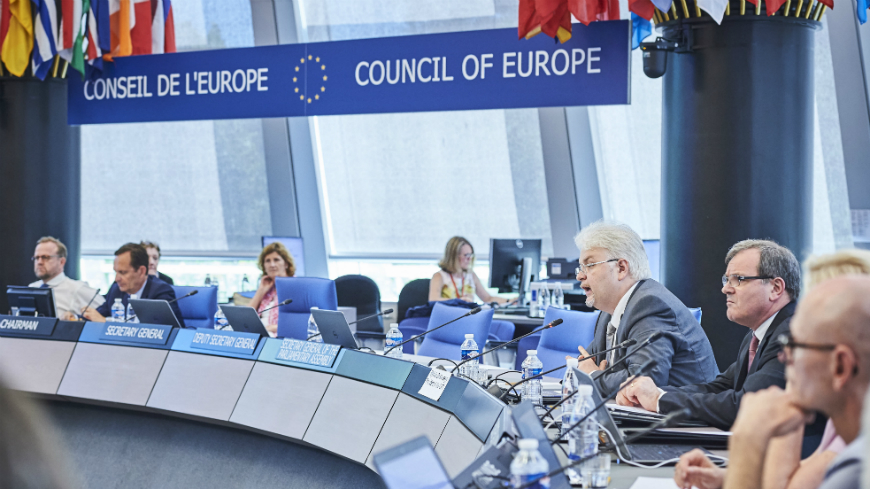 “Torture needs to be prevented, but it still needs to be combated in some parts of Europe”, said Mr Gnatovskyy. “Today’s numerous challenges are such that all of us, representatives of governments, the CPT and all other torture prevention partners need to show the strongest determination in preventing and combating torture across the European continent”, he added.

Mr Gnatovskyy considered that preventing torture in the area of policing should be one of the highest priorities and recalled that, within the last ten years, the CPT had received credible allegations and gathered other evidence of police ill-treatment which could be qualified as torture in almost one-third of Council of Europe member states.

The CPT’s President further expressed the hope that the Committee of Ministers will systematically follow-up the public statements made by the European torture prevention body in application of Article 10 (2) of the Convention establishing it. He also underlined that the CPT is a proactive, victim-oriented and evidence-based monitoring mechanism that needs to be strongly supported.

This exchange of views also provided an opportunity to discuss practices put forward by the CPT in its 28th General Report.

At the end of the discussions, Mr Gnatovskyy thanked the Ministers’ Deputies for confirming the importance they attach to the CPT and its work.