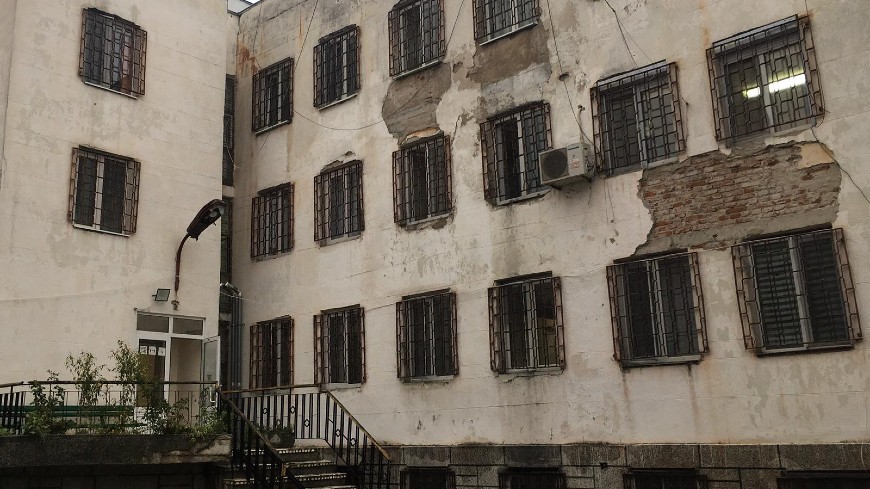 The Council of Europe's Committee for the Prevention of Torture and Inhuman or Degrading Treatment or Punishment (CPT) has issued a public statement on Bulgaria today. This Statement, which is made in application of Article 10 (2) of the Convention establishing the Committee,[1] addresses the persistent lack of implementation of long-standing recommendations of the CPT concerning the situation of persons placed in social care institutions and psychiatric hospitals in Bulgaria.

The deplorable shortage of staff in social care homes and psychiatric hospitals is a result of decades of neglect and lack of support from the Bulgarian authorities. The management of these institutions has been left to struggle from day to day with totally insufficient human resources, without adequate funding, and thus, not surprisingly, are failing to provide their vulnerable service users with the dignity they deserve, as well as the human contact, comfort, care, and assistance they require.

Furthermore, despite repeated comments and recommendations by the Committee, the use of seclusion and mechanical restraint continues illegally in social care institutions and, in psychiatric hospitals, does not conform with international guidelines and is often recorded fraudulently or not at all. Throughout the years, CPT delegations have received numerous allegations regarding the inappropriate use of restraint measures in psychiatric hospitals, some of which could be considered as inhuman and degrading. Although restraint with metal chains, as found in 2020, was not found during the most recent visit, patients continued to give consistent and credible accounts of being placed in 4 or 5-point belt fixation to beds in seclusion rooms for days, in incontinence pads throughout, into which they had to urinate and defecate. Some also reported that their hands had been fixed above their head, causing pain, swelling and loss of sensation in their upper limbs, which could be described as ill-treatment.

Numerous CPT visits to the country confirm the Committee’s finding that patients with psychiatric disorders in Bulgaria are not provided with a range of modern psychiatric treatments, which is in itself neglectful and harmful to their wellbeing. The precepts of patient centred care – enhancing patient autonomy by providing them with better and transparent information, engaging patients more effectively and collaboratively in consultations, empowering patients to participate more actively in their treatment and properly considering their viewpoints – are simply not applied and seem to be concepts foreign to most clinical staff. Furthermore, contrary to all the principles of voluntary hospitalisation, there are many patients who, while formally voluntary, are not permitted to self-discharge, often do not have access to outdoor exercise for weeks on end and are even sometimes forcibly restrained in belts.

Finally, the Committee is extremely concerned regarding the lack of progress with de-institutionalisation in social care and psychiatric services in Bulgaria. The persisting scarcity of effective community based mental health support services is resulting in many persons being inappropriately held in large psychiatric institutions without hope of return into the community, greatly affecting their wellbeing. Further, having observed the progress of “de-institutionalisation” in social care during the last few years, the Committee is of the opinion that the construction of “family-type” accommodation, which is actually often just buildings in the grounds of the same remote social care homes, which will be occupied by the same residents and supervised by the same staff, is inappropriate and at best trans-institutionalisation rather than any meaningful attempt at true de-institutionalisation and re-integration of service users into the community.

The Committee’s aim in making this public statement is to motivate and assist the Bulgarian authorities, and in particular the Ministries of Health and Labour and Social Policy, to take decisive action in line with the fundamental values to which Bulgaria, as a member state of the Council of Europe and the European Union, has subscribed.

Urgent action is needed in all areas – legislation, infrastructure, human resources and training, and the development of bio-psycho-social treatments in line with modern practices across Europe. The Bulgarian authorities must finally realise that reactive measures like closing some social care homes that were criticised by the Committee, disposing of chains in a hospital or dismissing a particular abusive staff member will never be enough. The whole systemic approach to mental health care and institutional social care in Bulgaria must radically change. And this change must include fundamentals – fighting the stigma around mental health, changing the paternalistic, controlling attitude towards patients with psychiatric disorders and social care residents, involving them in their treatment and care, and making genuine efforts to integrate persons with psychiatric disorders and learning disabilities into communities instead of shamefully hiding them in remote locations as has been done for so long.

[1] According to Article 10 (2) of the Convention, “If the Party fails to co-operate or refuses to improve the situation in the light of the Committee’s recommendations, the Committee may decide, after the Party has had an opportunity to make known its views, by a majority of two-thirds of its members to make a public statement on the matter.”

Interview with the President of the CPT