The Hansa: Board Meeting in Luxembourg 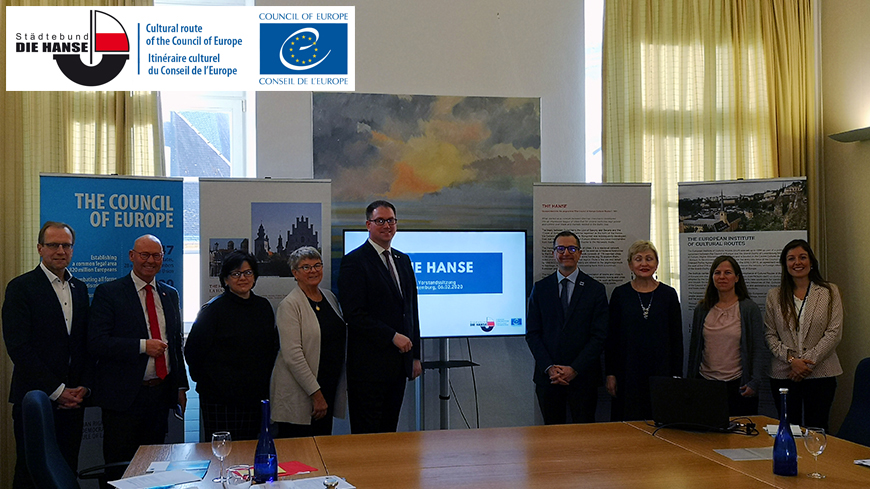 Mr. Stefano DOMINIONI, EPA Executive Secretary and EICR Director, and Mrs. Carolina CLARK, EICR Project Manager, had the opportunity to illustrate to the Hansa representatives the aims of the Cultural Routes of the Council of Europe Programme for 2020.

The Hansa, Cultural Route of the Council of Europe since 1991, is a network of cities which share the same democratic rights and core European values, thus representing an important means of peaceful and respectful co-existence in nowadays Europe.

The Hansa is one of the eight Cultural Routes undergoing regular 3-year evaluation in the framework of the 2019-2020 evaluation cycle.