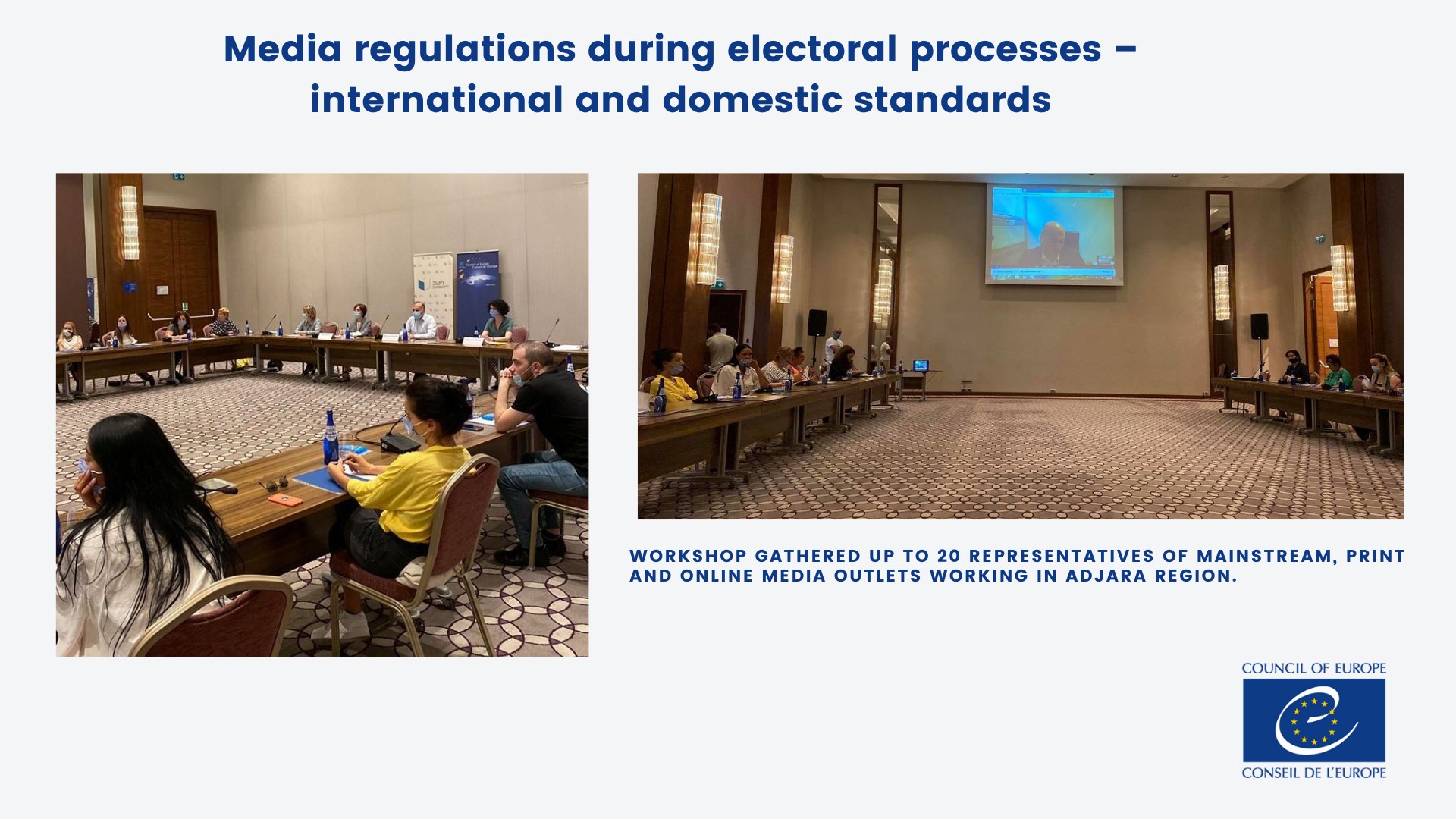 The Council of Europe in cooperation with the Supreme Election Commission of the Autonomous Republic of Adjara organised a workshop for representatives of local media on “Media regulations during electoral processes – international and domestic standards”.

The workshop was opened by the Deputy Head of the Council of Europe Office in Georgia Vahagn Muradyan and the Chairperson of the Supreme Election Commission of the Autonomous Republic of Adjara.

The event gathered up to 20 representatives of mainstream, print and online media outlets working in Adjara region focusing on legislative changes related to media during elections; rights and duties of media representatives on Election day; COVID-19 and special voting arrangements; mechanisms for countering hate speech during the election campaign; international standards and best practices on the role and conduct of media during electoral processes.

The event is organised within the framework of the Council of Europe projects “Supporting Transparency, Inclusiveness and Integrity of Electoral Practice and Process in Georgia” and “Supporting Freedom of Media and Internet in Georgia”.