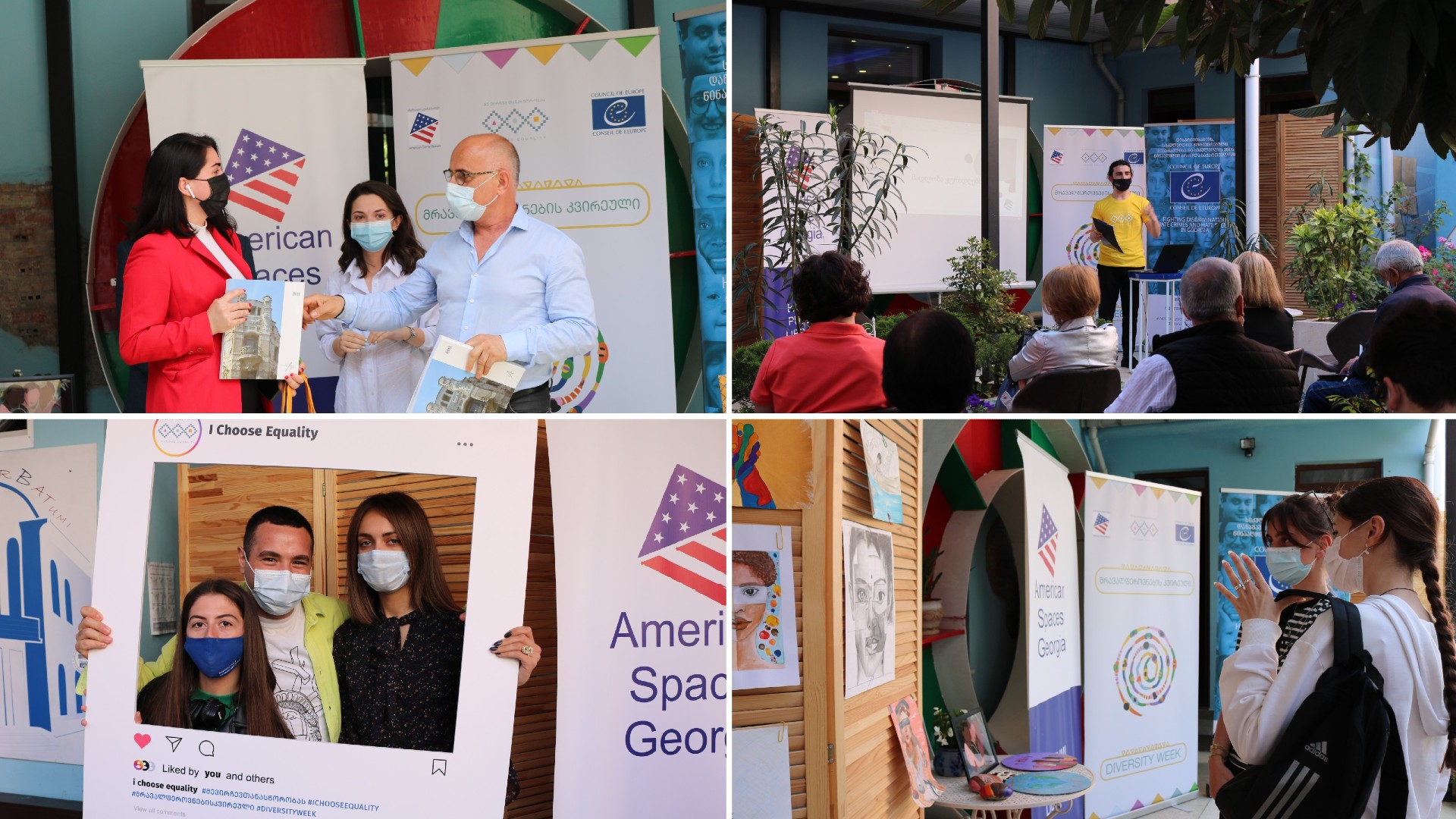 The Council of Europe Equality Ambassadors, together with the American Corner in Batumi, organised the first Diversity Week in Batumi, Georgia. The Diversity Week aimed at raising awareness about the importance of equality and diversity and at promoting tolerance by highlighting the historical and cultural diversity of Batumi. The week was organised around the World Day for Cultural Diversity for Dialogue and Development held on 21 May.

The Georgian Diversity Week was coordinated as part of the I Choose Equality campaign and offered a variety of events and contests to youth and the general public:

Intellectual game “What, When, Where?” was organised on 19 May, where public and private school teams in Batumi competed against each other. The questions of the game covered topics related to diversity and equality and stories from minority groups. The winning teams were from: School Euro – 2000, Batumi 2nd public school and Georgian-American School in Batumi.

Movie screening - a Georgian film “Namme” by Zaza Khalvashi followed by a discussion with the film crew.

An interactive seminar on equality and diversity was held online for Adjara school students by the Equality Ambassador.

An exhibition of artwork submitted for the art competition on equality and photos taken in mountainous Adjara region by famous Georgian photographer, Natela Grigalashvili was held at Batumi Public Library. The exhibition was followed by the award ceremonies of the winners of the art competition on equality: Lia Beridze, student; Keti Tsintsadze, school student and Tako Shantadze, school student.

The winners were awarded with prizes by Akaki Dzneladze Deputy Minister of Education, Culture and Sport of Autonomous Republic of Adjara, representatives of the Council of Europe Office in Georgia, and the American Corner in Batumi. The competition showcased youth’s artwork on diversity and equality increasing young people’s involvement in activism against any form of discrimination.

Diversity Week was implemented in the framework of the I Choose Equality campaign which is part of  the co-operation Project “Fight against Discrimination, Hate Crimes and Hate Speech in Georgia”. The project is implemented under the Council of Europe’s Action Plan for Georgia 2020-2023 with the support of the Danish Neighbourhood Programme in Georgia (DANEP).