PACE Report denounces the rise in hatred against LGBTI persons 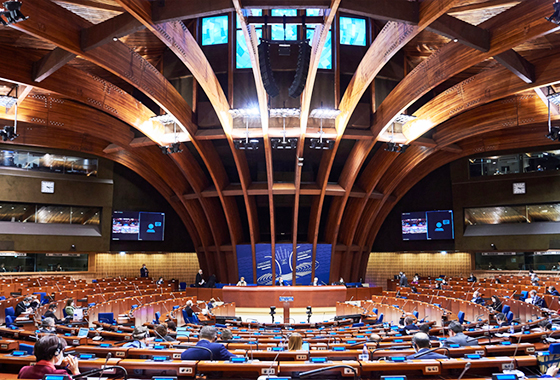 The Committee on Equality and Non-Discrimination of the Parliamentary Assembly of the Council of Europe published a compelling report by MP Fourat Ben Chikha (Belgium, SOC) denouncing the rise in hatred against LGBTI persons and deploring anti-gender narratives that reduce the fight for human rights and equality to an 'ideology'.

When adopting the report on 15 September, the committee strongly condemned “the extensive and often virulent attacks on the rights of LGBTI people for several years” in Hungary, Poland, the Russian Federation, Turkey and the United Kingdom, stressing that the significant advances achieved in recent years were today under threat. It expressed concern at the increase in hate speech, violence and hate crimes against LGBTI people in Council of Europe member States. “The scapegoating and violations of LGBTI people’s civil rights come to a large extent from political figures, including government representatives, as well as religious leaders,” the parliamentarians warned. The parliamentarians also deplored anti-gender narratives, which reduce the fight for the equality of LGBTI people to what some conservative movements deliberately mis-characterise as “gender ideology” or “LGBTI ideology”.

In this context, the committee called on member States not to enact legislation that was contrary to the rights of LGBTI persons and to repeal those already in force, including “anti-LGBTI-propaganda” laws. It called on the States concerned to implement the judgments of the European Court of Human Rights in which violations of the rights of LGBTI people had been found. According to the adopted text, States should also strengthen their legislative framework and introduce effective criminal law measures.

Finally, the committee believed that paradigm shifts in social and cultural understandings of gender equality, harmful masculinities and the rights of LGBTI people were still needed. It therefore called on States to conduct extensive public awareness-raising campaigns and to create a parliamentary network to facilitate co-operation with and between national parliaments on this issue.

The report and its recommenadations will be debated at the PACE plenary in January 2022.