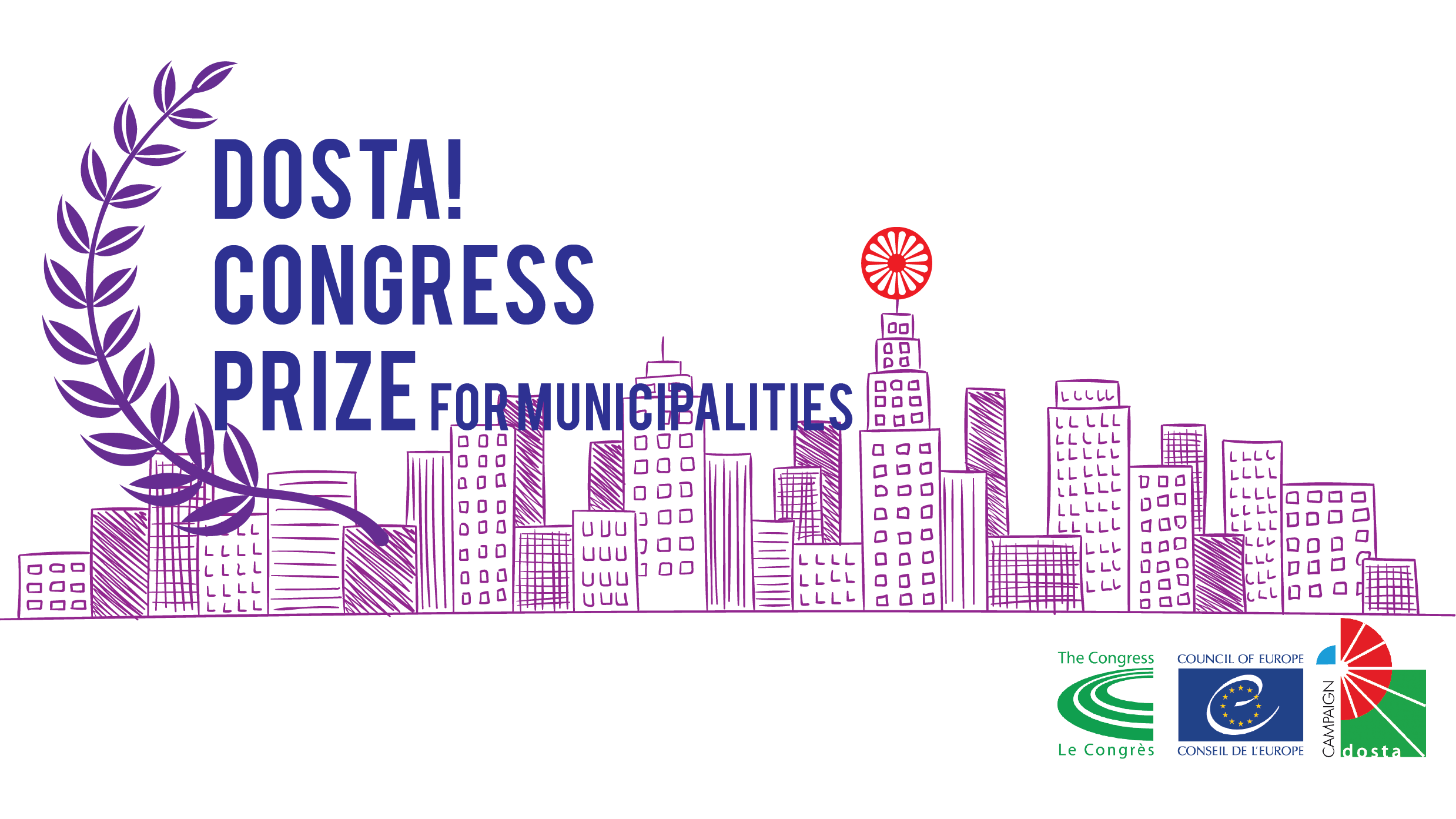 Following the success of the previous editions (2007, 2009, 2011, 2013, 2015 and 2017), the Congress of Local and Regional Authorities of the Council of Europe, as part of its ongoing work to strengthen the role of local and regional authorities in assisting with the inclusion and protecting the rights of Roma and Travellers, will once again partner with the Roma and Travellers Team under the Dosta! campaign.

The Dosta!-Congress Prize is awarded every two years to three municipalities from Council of Europe member states that have implemented innovative and creative initiatives to effectively ensure the long-term integration of the Roma and Traveller communities within their borders, while respecting the diversity of these communities and ensuring their active participation in democratic life.

The top three projects will receive the Dosta!-Congress Prize for Municipalities during a ceremony organised on the occasion of the Congress’ 37th Plenary Session which will take place at the headquarters of the Council of Europe in Strasbourg on 29-31 October 2019.

Prize for Municipalities - Call for Participation

The competition for the 7th edition of the Dosta!-Congress Prize for Municipalities is already open to municipalities/local authorities from Council of Europe member states who have run projects in 2017 and 2018 targeting Roma and/or Travellers, whether they be nationals or more recent migrants.

Local authorities should be the main stakeholders of the initiative. Projects should be innovative in their field of action and be transferable as a model of good practice for implementation by municipalities elsewhere.

In addition, submitted projects or initiatives should fulfil at least two of the following criteria:

When and how to apply?

Applications must be submitted by using one of the following methods:

Applications should be accompanied by the following documents:

Mr Tobias MAYR
Secretariat of the Alliance of Cities and Regions for the Inclusion of Roma and Travellers
Congress of Local and Regional Authorities
Council of Europe
F-67075 Strasbourg Cedex, France

The deadline for submission of applications is 30 June 2019.

Award winners will then be nominated by an international jury composed of personalities in charge of issues relating to Roma and Travellers, as well as Roma representatives.