Danish Chairmanship affirms its support in a difficult context 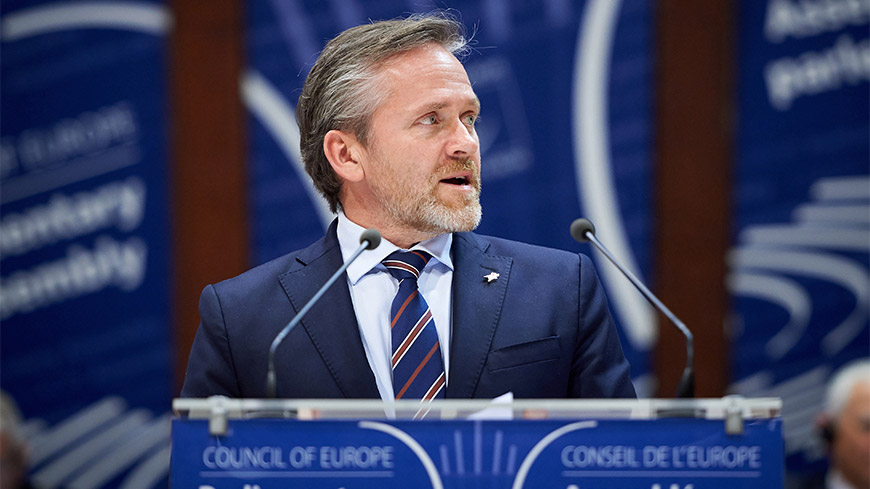 “The Danish Chairmanship intends to work closely with both the Assembly and the Secretary General at a time when our Organisation is facing several major challenges,” said Anders Samuelsen, Minister for Foreign Aaffairs of Denmark and Chairperson of the Committee of Ministers, speaking before the Assembly.

“It was an important step to set up an Ad hoc Committee on “The role and mission of the Parliamentary Assembly” following up on the Nicoletti report calling for a Council of Europe Summit. I sincerely hope that all the efforts made to reconcile the different viewpoints will produce tangible results,” Mr Samuelsen added.

He also reviewed a number of decisions taken by the Committee of Ministers concerning the situation in the various member States – in particular Azerbaijan and Ukraine – and announced the events foreseen in the framework of the Danish Chairmanship, in connection with its priorities, namely: the continued reform of the European human rights system, equal opportunities, the rights of people with disabilities, the involvement of young people in democracy, and the fight against against torture.

Mr Samuelsen concluded by announcing the organisation of a ministerial meeting in May in Denmark on the future of the Council of Europe and the priorities of the Organisation.