You were redirected to https://www.coe.int/en/web/portal/news-2018/-/asset_publisher/n3Yff4uZZo3L/content/cm-declaration?_101_INSTANCE_n3Yff4uZZo3L_languageId=en_GB .

Terrorist attack in Trèbes (France): The Chairman of the Committee of Ministers expresses his sorrow and solidarity with the French authorities 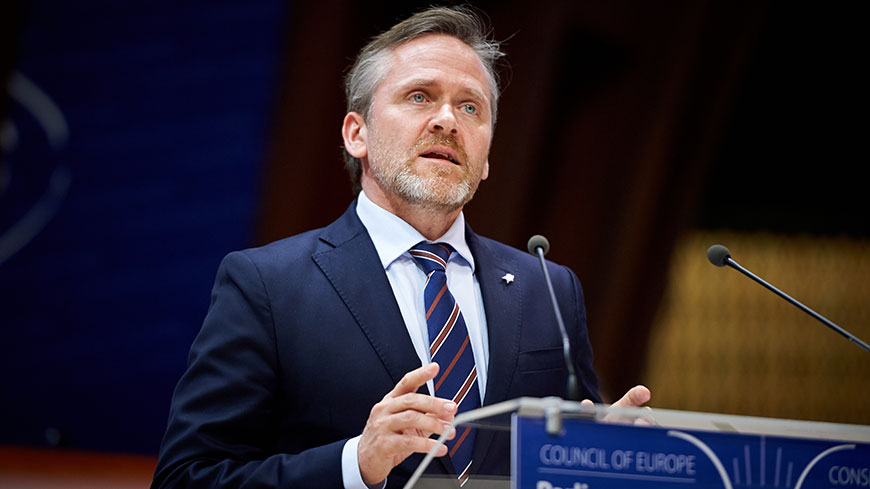 Following the deadly terrorist attack in Trèbes (France) earlier today, Minister Anders Samuelsen, Minister for Foreign Affairs of Denmark and Chairman of the Committee of Ministers of the Council of Europe, conveys his sincere condolences to the families of the victims and his sympathy for those who have been wounded.  He also expresses his solidarity with the French authorities and reiterates the determination of the Council of Europe to assist its member States in combating terrorism.