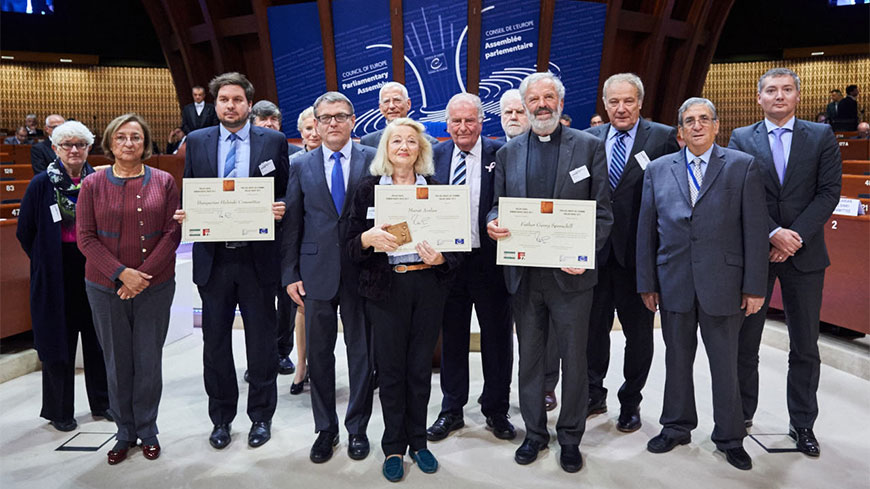 The fifth Václav Havel Human Rights Prize – which honours outstanding civil society action in defence of human rights – has been awarded to Turkish supporter of the independence of the judiciary Murat Arslan. The €60 000 prize was presented at a special ceremony today at the Palais de l’Europe in Strasbourg, on the opening day of the autumn plenary session of the Parliamentary Assembly of the Council of Europe (PACE).

In detention since 2016, Murat Arslan is a former Rapporteur of the Turkish Constitutional Court and President of the now dissolved Association for the Union of Judges and Prosecutors (YARSAV). He is a staunch supporter of the independence of the judiciary.

The two other shortlisted nominees – the Hungarian Helsinki Committee, an NGO which particularly focuses on access to justice and the rights of asylum seekers and refugees, and Father Georg Sporschill (Austria), a Jesuit who has devoted his life to the care of the most vulnerable, notably children, also received diplomas during the ceremony.