A 10th Palme d’Or for Eurimages 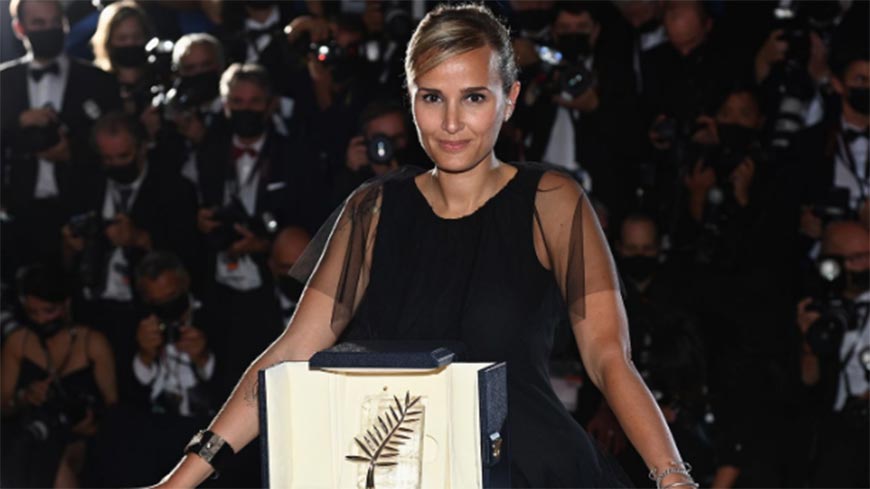 With an exceptional selection of 18 films supported by Eurimages, including 8 in the official competition, the 74th edition of the Cannes Film Festival wrapped up on Saturday evening with Julia Ducournau’s TITANE, a co-production between France and Belgium and supported by the Fund, receiving the Palme d’Or award.

The jury, which was chaired by American director Spike Lee, also chose to reward other films supported by Eurimages by awarding the Grand Prix to Compartment No.6 by Juho Kuosmanen, an outstanding co-production between Finland, Germany, Estonia and the Russian Federation, the Best Director award to Leos Carax for Annette (FR, BE, DE, MX, JP) and the Best Performance by an Actress award to Renate Reinsve in Joachim Trier’s The Worst Person in the World, a co-production between Norway, France, Sweden and Denmark.

In the Un Certain Regard section which included six films supported by Eurimages, two received awards: La Civil (BE, RO) by Teodora Ana Mihai obtained the Courage Prize and Lamb (IS, SE, PL) by Valdimar Jóhannsson was awarded the Prize of Originality. Finally, the Eurimages-supported co-production A Chiara (IT, FR) by Jonas Carpignano, selected at the Directors’ Fortnight was awarded the Best European Film by the Europa Cinemas Label.

Eurimages is proud of this exceptional selection which has been rewarded with so many prestigious prizes, including this 10th Palme d'Or awarded to a woman for the direction of her second and particularly daring feature film. This recognition by the jury of one of the most important international film festivals of the quality of the cinema supported by the Fund confirms once again the value of the Eurimages label. Since it was set up in 1988, Eurimages has supported 2,236 co-productions for a total amount of approximately 640 million euros.