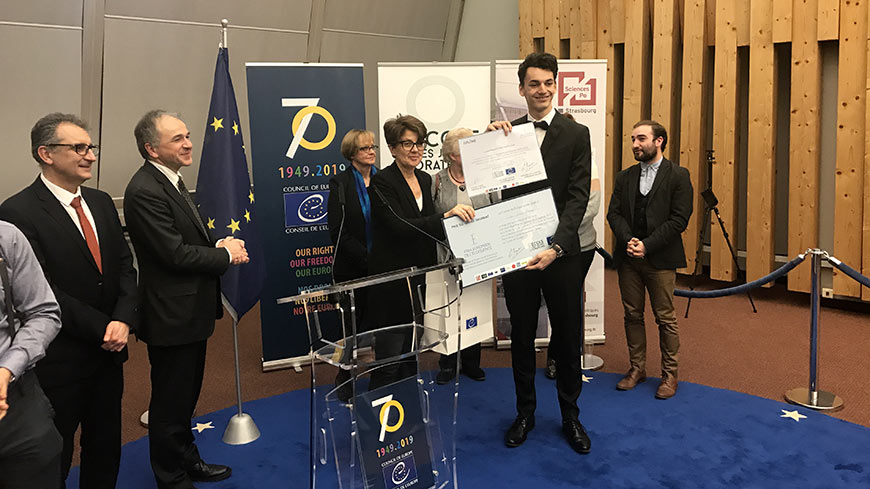 Simon Derieux-Billaud, winner of the European Prize for Eloquence

The 2019 edition of the European Prize for Eloquence, the annual French-language public speaking competition, has been won by Simon Derieux-Billaud, a French student, who spoke on the theme “Can we still have dreams of Europe?”. The second prize went to Alina Marchenko (Ukraine), with Ellen O'Rourke (Ireland) in third place.

Organised by the School for Young Orators of the Strasbourg Institute of Political Studies (Sciences Po) in co-operation with the Council of Europe, the competition seeks to foster, among the students who take part, a sense of allegiance to common European values, to stimulate discussion and debate and to improve public speaking skills.

The jury was made up of: