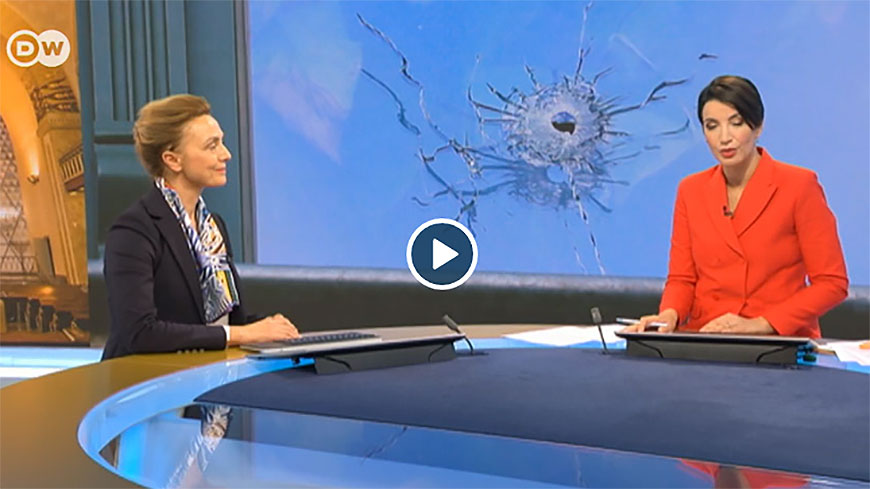 In a live television interview on German broadcaster Deutsche Welle, Secretary General Marija Pejčinović Burić has highlighted the key role of the Council of Europe in countering a rising trend of anti-Semitism and online hate speech in Europe and further afield. Speaking after an official visit to the Holocaust Memorial in Berlin, the Secretary General drew attention to the Council’s work in the field of Holocaust remembrance, and emphasised that all countries and international organisations needed to do more to tackle anti-Semitism.

She also drew attention to the wider problem of hate speech on the Internet, which she said required close cooperation between national governments, the Council of Europe, social media platforms and providers of Internet services.