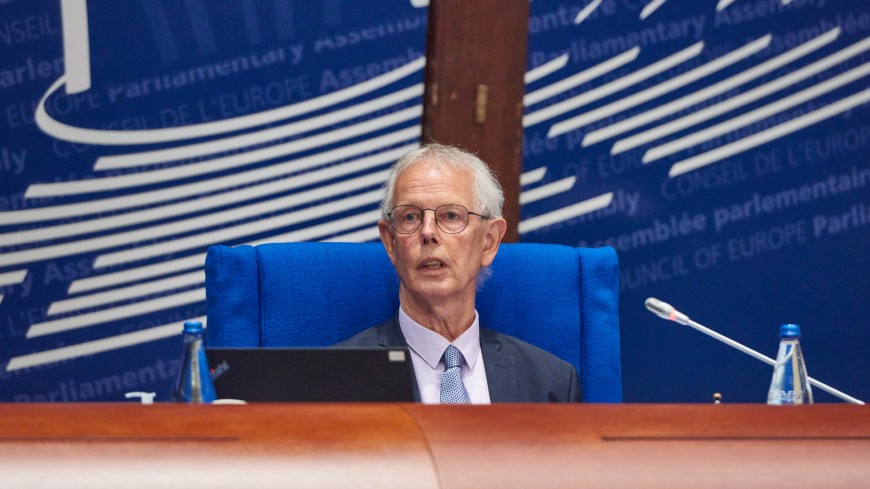 In his opening speech of the PACE summer session, President Tiny Kox invited members to hold a minute of silence for all the victims of the war in Ukraine, urging them to help end the suffering of the Ukrainian people and to continue showing solidarity.

“This horrible war should never become a normality for us, we should defy any temptation to get used to it,” he underlined, calling on the Russian authorities – the President, Government, Parliament – and on all Russian citizens “to immediately end this war of aggression against our member State of Ukraine. There is not a single reason to continue this war, which should never have been started.”

"I would like to stress that our concrete solidarity and support for the Ukrainian citizens and state must be accompanied by a thorough reflection on how this war became possible, what we did not do to prevent it, and how we can not only stop it, but also take the necessary steps to avoid wars on our continent in the future," he said.

"The multilateral system that we have in Europe failed to prevent this war of aggression against Ukraine. [...] We must now ask ourselves what went wrong and how to strengthen our multilateral architecture and rebuild it in an effective and sustainable way," he added.

“Clearly, we have now a unique momentum to reconstruct and to improve this architecture. The war united people in Europe and we can now do what seemed impossible before that war,” President Kox added. In this context he once again welcomed the unanimous support by the Ministerial meeting in Turin in May for the quick organisation of a Fourth Summit of Heads of State and Government of the Council of Europe Member States.

“I believe that our Assembly, as a political engine, should and could play its own role in this process,” he said, recalling PACE’s vision of the Council of Europe “as a pillar of democratic security in Europe, the guarantor of human rights and the rule of law, a platform for genuine multilateralism, and an independent forum for comprehensive and inclusive political dialogue.”