European summit of Presidents of Parliament in Strasbourg 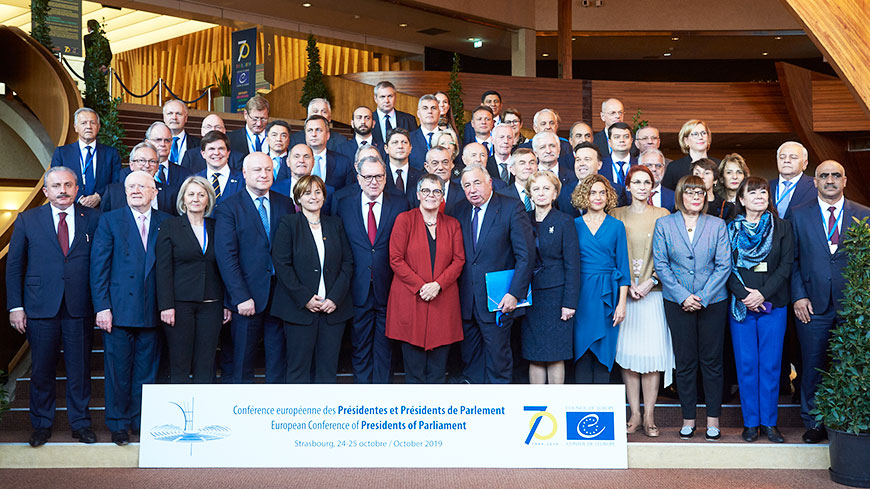 The Presidents of Parliament from the 47 Council of Europe member states and many partner, observer and neighbouring countries, along with the Presidents of other international assemblies, will be meeting in Strasbourg on 24 and 25 October 2019 for a European parliamentary summit.

Some 60 Presidents, together with 300 other delegates, are expected to attend the conference, organised by the Parliamentary Assembly of the Council of Europe (PACE). They will be discussing three current affairs issues:

PACE President Liliane Maury Pasquier and Council of Europe Secretary General Marija Pejčinović Burić will give the opening addresses on Thursday 24 October at 11 am.

Video of the opening speech by Liliane Maury Pasquier

Video of the opening speech by Marija Pejčinović Burić