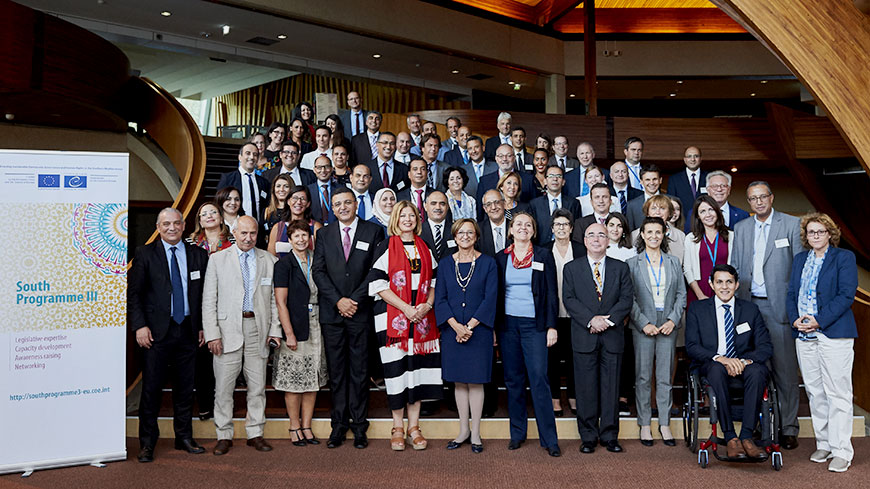 On 18 September 2018, the Council of Europe and European Union launched the “South Programme III: Ensuring sustainable democratic governance and human rights in the Southern Mediterranean” in Strasbourg. This programme will build on the results from the past two programmes, and will have a new added objective to combat violence against women.

The South Programme III (2018-2020) has a budget of 3 million euros and is funded 90% by the European Union and 10% by the Council of Europe as the organisation in charge of its implementation.

The South Programme III is open to Algeria, Egypt, Israel, Jordan, Lebanon, Libya, Morocco, Palestine,* and Tunisia. The co-operation is driven by demand and is responsive to local and regional needs.