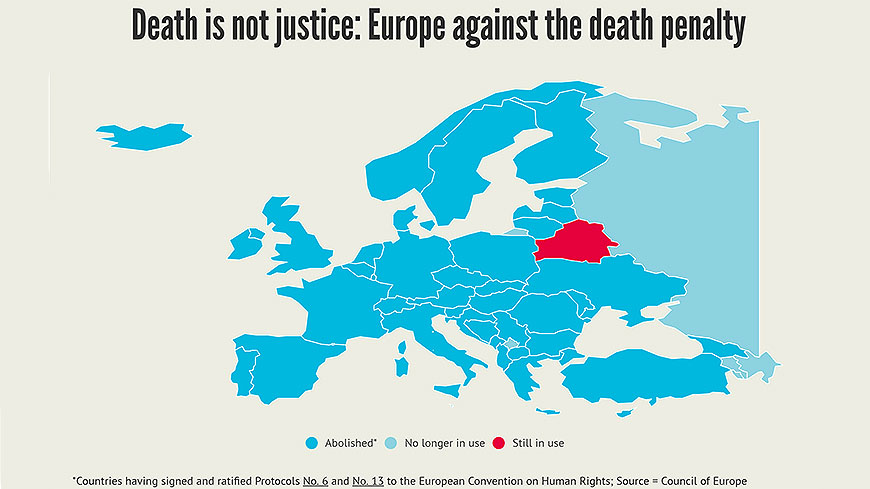 The 47-nation Council of Europe is co-organising a round table on capital punishment in Belarus on Thursday 28 February as part of the World Congress Against the Death Penalty in Brussels.

Belarus is the only country in Europe to still use the death penalty. Executions are usually carried out in secret and relatives may only be informed weeks or months later.

However, Belarus has made a number of positive statements on the death penalty in recent years and the number of executions in the country has fallen from 47 in 1998 to 4 in 2018.

The round table will focus on historical aspects of capital punishment in Belarus, the current situation and future strategies to move towards abolition.

The event, which will take place from 11.30am to 1.30pm in the Orange Room of the Palais d’Egmont in Brussels, is being organised by the Council of Europe together with NGOs Together Against the Death Penalty (ECPM), the International Federation for Human Rights (FIDH) and Viasna.

Participants will include Anaïs Marin, the UN Special Rapporteur on human rights in Belarus and representatives of the Belarusian authorities.

Through the European Convention on Human Rights, the Council of Europe has created a death-penalty free zone covering more than 830 million people across 47 countries