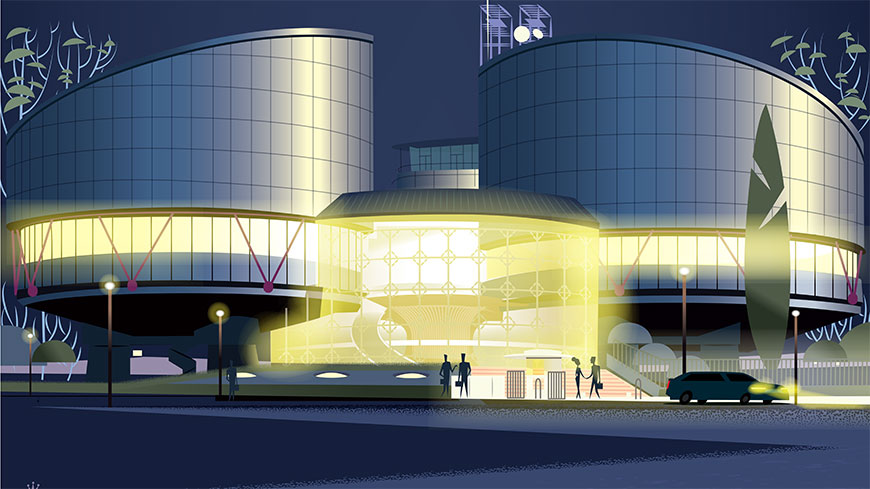 Mr Z, who is famed for his colourful, uncluttered illustrations inspired by mid-century design and architecture, portrays the Palais de l’Europe and the Human Rights Building, the organisation’s main buildings in Strasbourg, in retro-style pastel colours.

70th anniversary of the Council of Europe

Founded on 5 May 1949, the Council of Europe brings together 47 member states under the banner of human rights, democracy and the rule of law. The member countries have all signed the European Convention on Human Rights and have set up a court – the European Court of Human Rights – to ensure compliance with their commitments. The Council of Europe is a pioneer in standard-setting, whose work builds on over 220 conventions that address the most topical issues: data protection, violence against women and the fight against terrorism, etc.