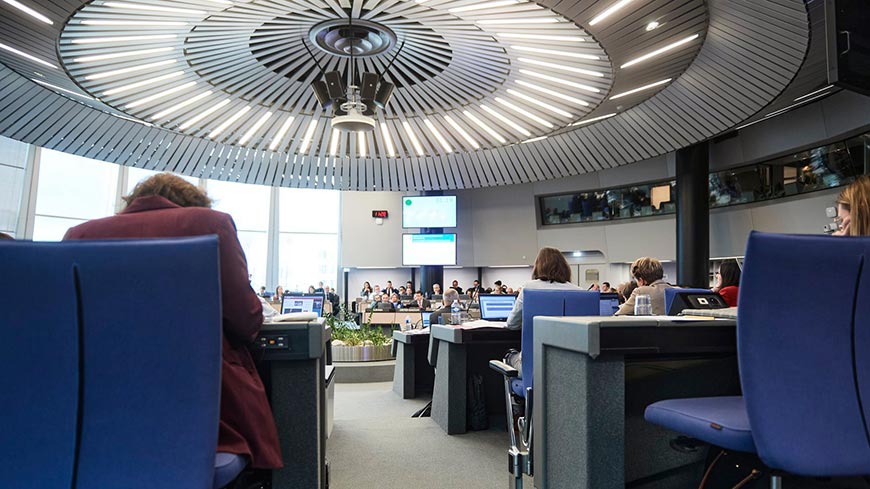 The Committee of Ministers, representing the 47 Council of Europe member states, has adopted the Action Plan for the Republic of Moldova for the years 2021-2024, which aims to bring the country’s legislation, institutions and practice further in line with European standards in the areas of human rights, the rule of law and democracy.

Despite the progress made in the Republic of Moldova, challenges remain in terms of effectively implementing reforms, including in the field of justice. Under this new action plan, the Council of Europe and the Moldovan authorities have agreed to jointly carry out co-operation projects in areas essential for human rights, such as the implementation of the European Convention on Human Rights and the European Court of Human Rights’ case law at national level.

The action plan aims to build on the work already done in various fields of previous action plans. These include aligning national legislation and practice with anti-discrimination and gender equality European standards, strengthening the national child protection framework to combat sexual exploitation and abuse of children, enhancing the independence and accountability of the judicial system, and improving electoral legislation and practice.

A number of initiatives will be aimed at reforming the prison system and promoting alternatives to detention, advancing the compliance with European media and internet governance standards, enhancing data protection, and developing the capacity of law enforcement and other agencies to respond to corruption and money laundering.

Measures to build confidence between divided communities will continue, with a focus on enhancing dialogue and human rights in the region, in full consistency with the Moldovan authorities’ policy on the subject.

The Council of Europe and Moldovan authorities agreed to extend their co-operation to new areas such as legal aid, mediation and reconciliation in criminal matters, fighting drug abuse and illicit trafficking in drugs, protection of human rights in the health sector and addressing new challenges linked to the COVID-19 pandemic and its socio-economic impact, particularly on social rights. Other priorities will be countering trafficking in human beings, preventing and combating violence against women and enhancing local self-government.

This is the third Council of Europe action plan for the country, following those implemented during the periods 2013-2016 and 2017-2020. Achievements of the plan completed in 2020 include the consolidation of the institution of the People’s Advocate (Ombudsperson), the improvement of conditions for combating discrimination and promoting equality as a result of the strengthened capacity of the Equality Council, and the enhancing of the professional and operational capacity of the electoral administration to conduct elections.

Council of Europe and the Republic of Moldova