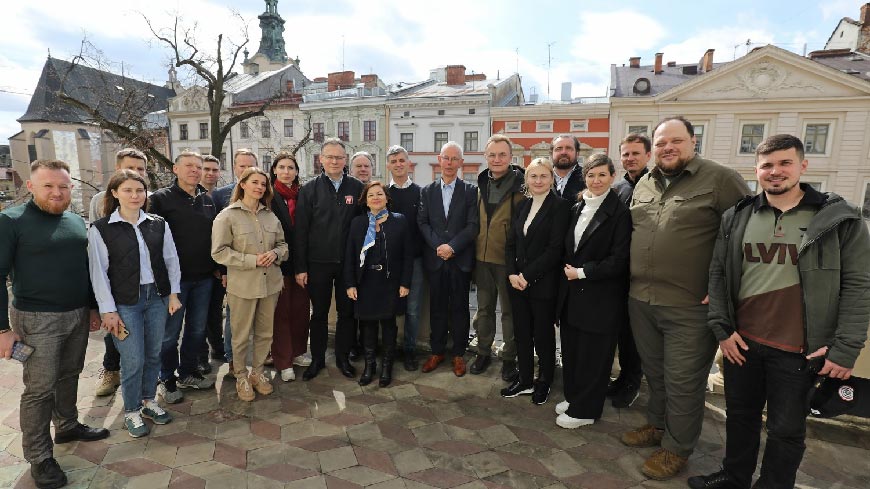 “I strongly condemn the atrocities against innocent civilians, including horrifying sexual violence, committed by the Russian army in the towns around Kyiv. Be assured that the Council of Europe will provide all possible assistance to facilitate the investigation into these war crimes, and to ensure that those responsible for them are brought to justice,” said Mr Kox. The PACE President paid tribute to the Ukrainian Parliament for maintaining essential activities and underlined the importance of consolidating democracy and the rule of law in Ukraine as part of post war reconstruction, which would be a priority for the Assembly.

President Kox was heading a delegation from the presidential committee, which met members of the Ukrainian Assembly delegation, along with Speaker of the Verhovna Rada Ruslan Stefanchuk, Lviv Mayor Andriy Sadovyy and Maxim Kozycky, head of the regional civil-military administration. They also visited a human aid co-ordination centre and took part in a charity fund raising event. The Assembly is due to debate the situation in Ukraine during its April session. Topics include Council of Europe response to Russian aggression, ensuring accountability for serious violations of humanitarian law, and the best use of confiscated criminal assets.