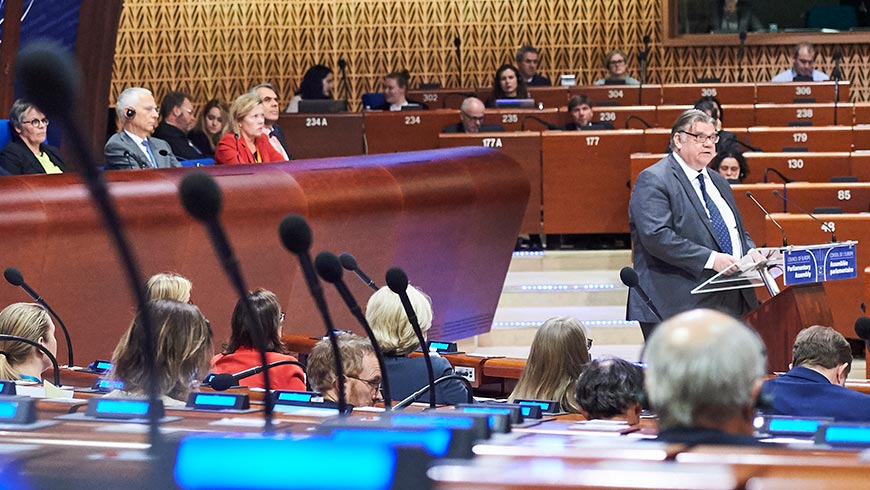 “Finding a solution to the current political and institutional crisis would require close co-operation with all member States and both statutory bodies – the Parliamentary Assembly and the Committee of Ministers. It is time to start consolidating the different views into one,” said Timo Soini, Minister for Foreign Affairs of Finland and Chairman of the Committee of Ministers of the Council of Europe, addressing the Assembly today.

“If we want results, this will require constructiveness from all parties. All member States need to fulfil all their obligations. Payment of membership fees is also an obligation, for all member States,” he added.

Mr Soini believes that a common response would strengthen the Organisation as it would not be a response by one part only, but a response from the whole Organisation. “That would make the response strong, effective and legitimate,” he said, recalling that the aim was to have a constructive outcome at the Helsinki Ministerial meeting.