Support to the criminal justice reform in Ukraine

The main partners and beneficiaries of the Project were the Presidential Administration, the Ministry of Justice, the Office of the Prosecutor General, the National Academy of Prosecution, the High Specialised Court for Civil and Criminal Cases, the National School of Judges, the Parliament, the Ministry of Interior, the Bar and lawyers’ organisations, the Ombudsperson institution, human rights NGOs.

The main objective of the Project was to improve the effectiveness of criminal justice in Ukraine in line with European standards, through:

The following results were achieved:

A follow-up project “Continued Support to the Criminal Justice Reform in Ukraine” was developed by the Council of Europe and is funded by the Danish government funding, covering the period September, 2015 - February, 2019. 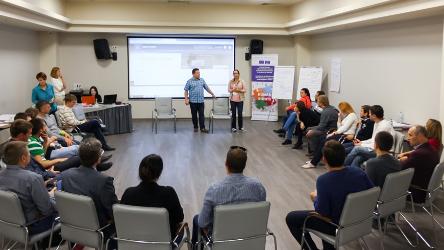 Training of trainers of the HELP programme in Ukraine

Training of trainers of the European Programme for Human Rights Education for Legal Professionals of the Council of Europe (“HELP”) was conducted on 25-28 September 2017 in Odessa, Ukraine. The group of 26 lawyers, representatives of the National Academy of Interior and the National Prosecutors...