The main partners and beneficiaries of the Project were the Public Defender’s Office of Georgia (PDO) within its mandate to bring a better level of human rights protection in Georgia and promote Human Rights awareness among the general public; the Constitutional Court of Georgia and Courts of common jurisdiction with respect of using amicus curiae mechanism while deliberation of court cases.

The main objectives were:

The following results were expected: 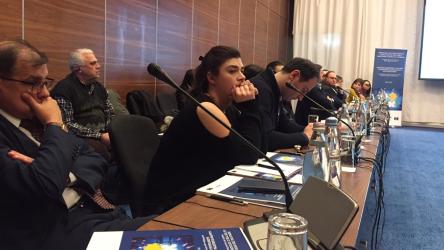 On 24 January 2017, the Council of Europe organised the closing conference for the Project “Improving the operational capacities of the Public Defender's Office in Georgia” funded by the Human Right Trust Fund (HRTF). The purpose of the conference was to sum up the project’s achievements, discuss...

On 28-30 October 2016 Council of Europe in co-operation with the Public Defender’s Office (PDO) of Georgia organized training on “Forensic Photography”. From September 1, 2016, based on the amendments made to article 60 of the Imprisonment Code, the Public Defender and members of the Special...

The conference aims to stress the importance of the amicus curiae role for the Public Defender’s Office (PDO) and to provide the Georgian judiciary with the rationale behind third party interventions. The conference will open a public debate at national level among the key stakeholders in charge...