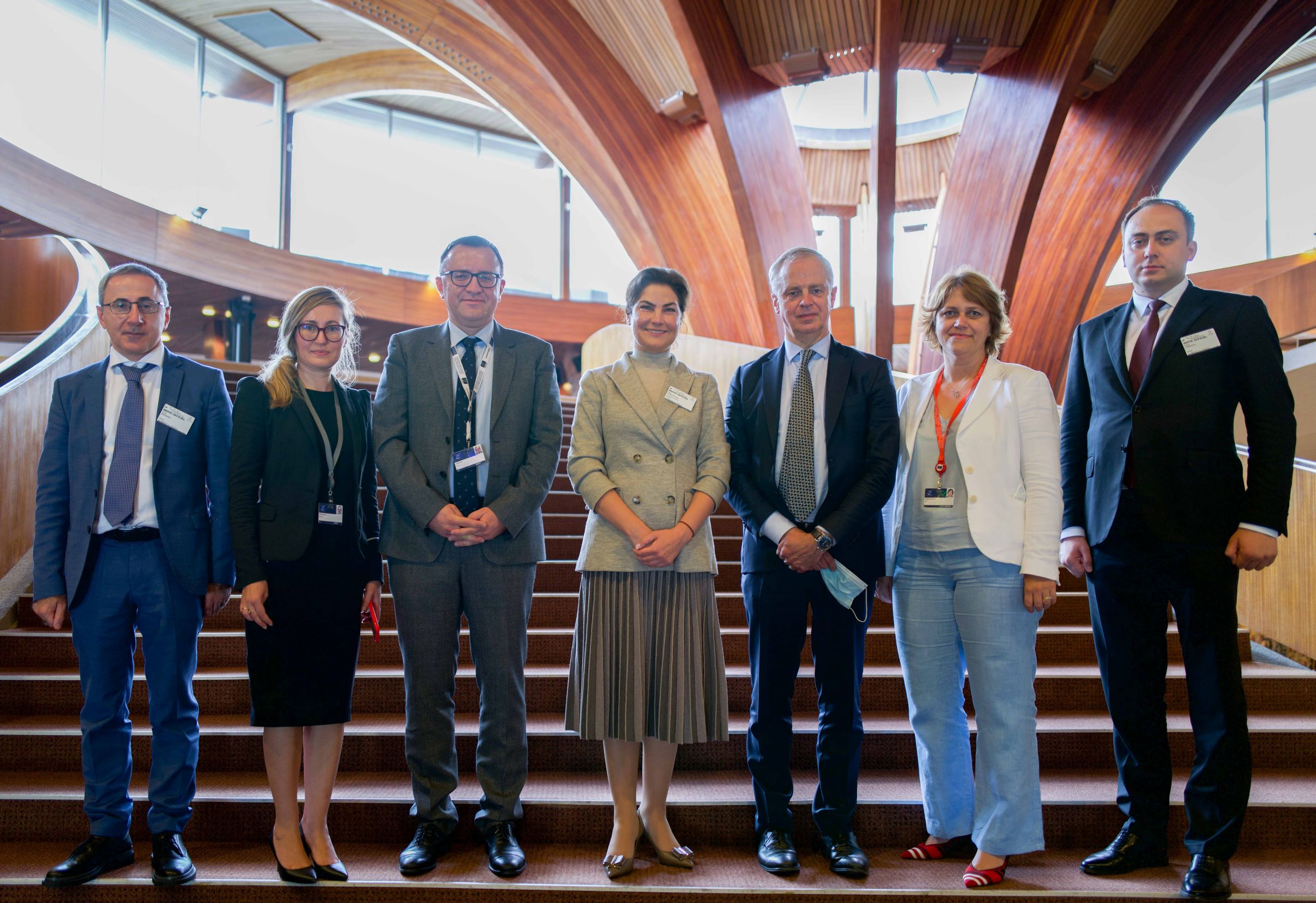 On 10 September 2021, Iryna Venediktova, Prosecutor General of Ukraine visited the Council of Europe in Strasbourg. She was received by Marija Pejčinović Burić, Secretary General of the Council of Europe and Robert Spano, President of the European Court of Human Rights. Simona Granata-Menghini, Secretary of the Venice Commission as well as Martin Mrčela, President of GRECO and Hanne Juncher, GRECO Executive Secretary, also held meetings with Ms Venediktova and members of her delegation.

Issues of cooperation in the field of human rights and criminal justice, and the execution of the judgments of the European Court of Human Rights were discussed during a joint meeting with Christophe Poirel, Director of Human Right, Lilja Gretarsdottir, Head of Co-operation Programmes Division, Livia Stoica, Head of Legal Cooperation (CDCJ, CCJE and CCPE) Division and Pavlo Pushkar, Head of Division at Department for the Execution of the Judgments of the ECtHR.

The progress of the public prosecution service reform in Ukraine, in line with Council of Europe standards and in the light of the principles of independence, transparency, professionalism, accountability and integrity of the service, was at the core of the discussions during the meetings of the visit.

The Prosecutor General also participated in the solemn hearing of the European Court of Human Rights. The event included a judicial seminar on The Rule of Law and Justice in a digital age, at which many eminent figures from European judicial circles were present.

The organisation of the meetings was facilitated under the Project “Human Rights Compliant Criminal Justice System in Ukraine”. The Project is implemented by the Council of Europe within the Action Plan of the council of Europe for Ukraine 2018-2022.