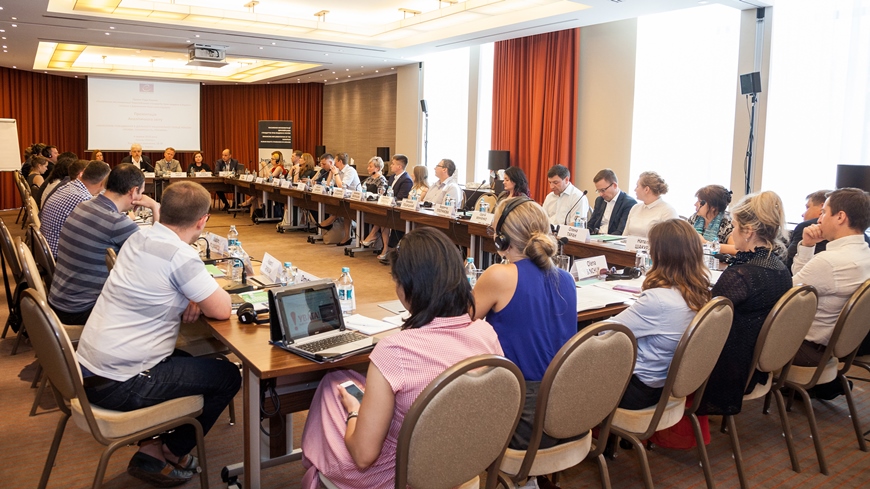 Recommendations of the analytical report “Ill-treatment in the activities of the National police of Ukraine: forms, extent, grounds” were presented for a wide expert discussions held on 4 June 2018 in Kyiv. The expert discussions were organised jointly by the Council of Europe and the State Bureau of Investigation (SBI) within the framework of the CoE Project “Enhancing Implementation of the European Human Rights Standards in Ukraine”.

The facts presented in the report uncover saddening situation with the human rights in Ukraine with steadily high numbers of ill-treatment cases within the police activities. Group of experts analysed factual data – police records, medical documentation, national court judgments and respective sentences, which made the report a very comprehensive document covering both the reasons for ill-treatment and its types and extent, and the recommendations for possible measures to be taken in order to eliminate this negative practice.

Key experts in the law-enforcement field representing public and non-government sector, judicial system and human rights institutions exchanged their vision as regards possible ways and methods, legislative and administrative actions to tackle different aspects of this problem. Experts came to conclusion that has already been indicated by the European Court of Human Rights, inter alia, in Kaverzin v. Ukraine judgement that the rout of the problem lies in total impunity, lack of effective investigation of ill-treatment cases as well as absence of an independent and effective body to investigate these cases. Establishment of the State Bureau of Investigation as institution instrumental to notably combating ill-treatment and torture is of high importance.

Roman Truba, Director of the SBI, an institution having jurisdiction to investigate crimes committed by high-ranking officials, law enforcement officers, specifically those related to torture and ill-treatment, and perpetrators of military offences, underlined the readiness of the SBI to effectively investigate such cases and institutionalise SBI as an effective remedy in this respect. Ms Olga Varchenko, First Deputy Director of the SBI, reconfirmed the policy of zero tolerance of ill-treatment as a working method that should to be streamlined in law-enforcement bodies and stressed the SBI readiness to cooperate with other public bodies to combatting this negative practice in Ukraine.

Low cultural level and toxic professional culture in combination with poor quality of training programs for the police officers was named during the discussion as another serious issue contributing to the existence of ill-treatment. Curriculum of basic and further trainings of the police officers should be scrutinized and enhanced with the human rights topics streamlined as well as with the effective methods and strategies of police work to implement their duties without referring to illegal actions.

Participants of the expert discussion unanimously agreed that cooperation, exchange of previously generated experience and expertise, common efforts to mainstream zero tolerance to human rights violations and promotion of legal culture is the only way to combat ill-treatment and ensure public safety.

Ill-treatment in the Activities of the National Police of Ukraine: Types, Scale, Reasons