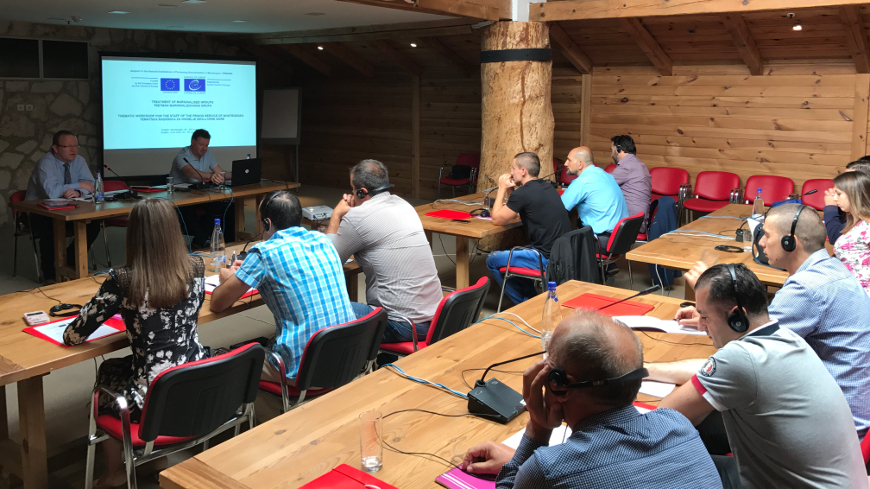 A comprehensive training programme for prison staff organised under the European Union – Council of Europe PREDIM project (Support to the National Institutions in Preventing Discrimination in Montenegro) concluded with a workshop on the prevention of torture and ill treatment, held in Kolasin on 25 and 26 September 2017.

The tailor-made programme enabled 15 selected prison staff working in Spuz and Bijelo Polje to receive intensive training on improving institutional practices to protect human rights in detention, in accordance with European standards. The workshop provided an opportunity to discuss in particular, the concrete role of custodial staff in preventing ill treatment, as well as current challenges such as short-staffing, the provision of treatment to prisoners with psychiatric disorders, and inter-prisoner violence.

This workshop brings to a close an ambitious training programme, which aimed to enhance the knowledge of Montenegrin prison staff about standards developed by international monitoring bodies, with a focus on protecting members of vulnerable groups, such as LGBTI, national minorities and people with disabilities, from the risks of discrimination in detention.